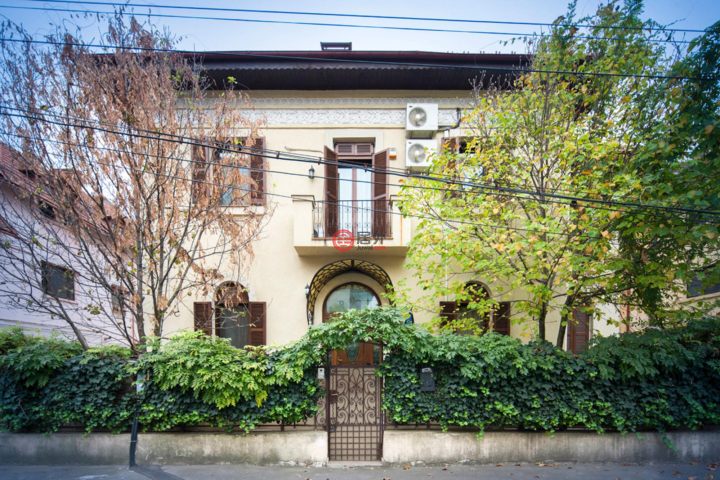 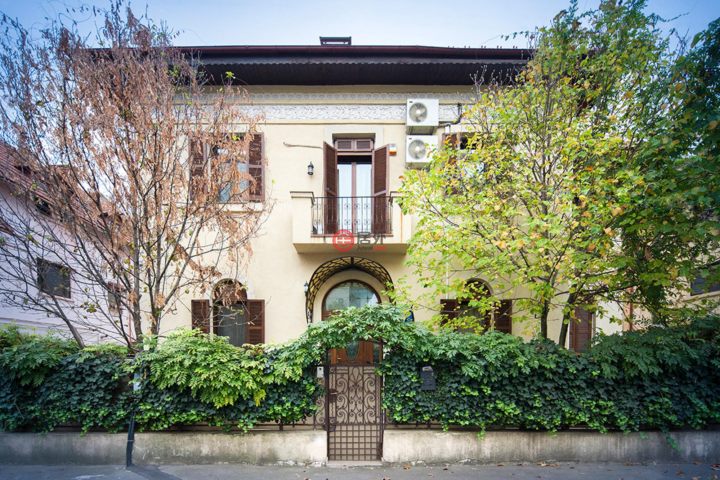 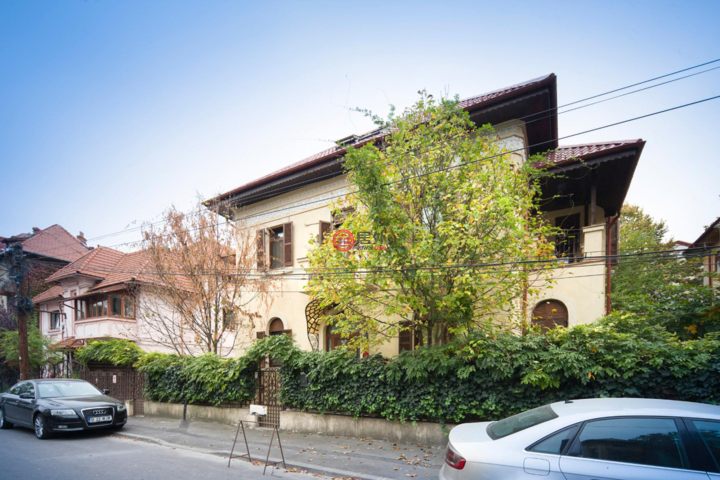 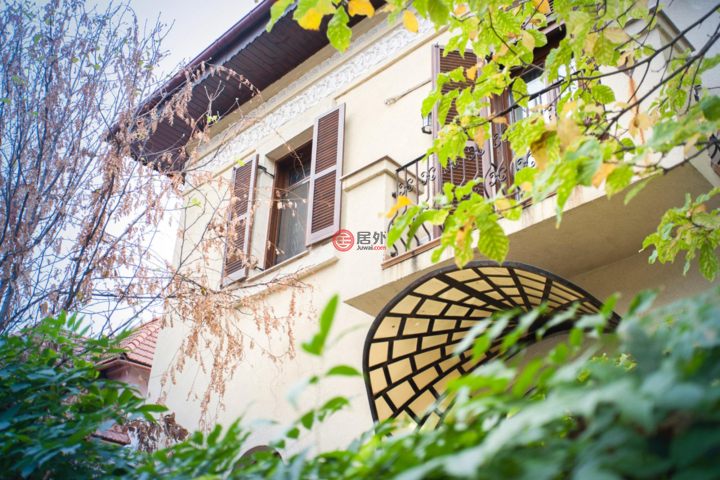 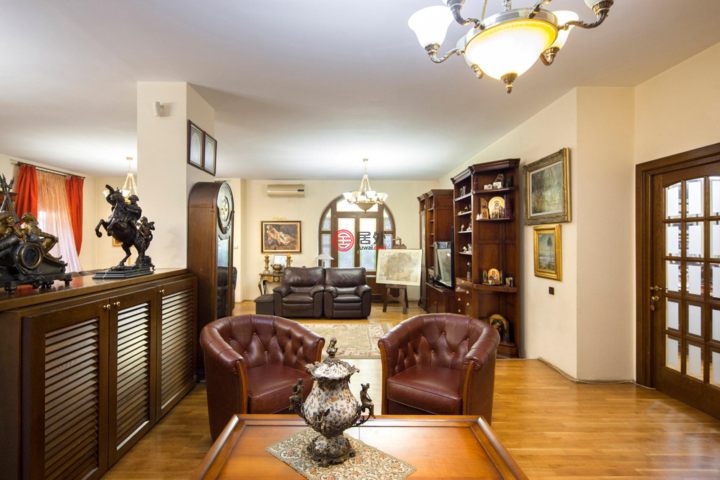 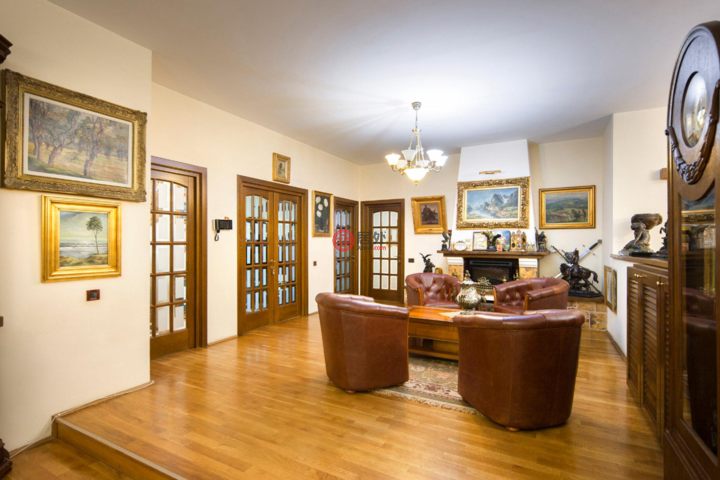 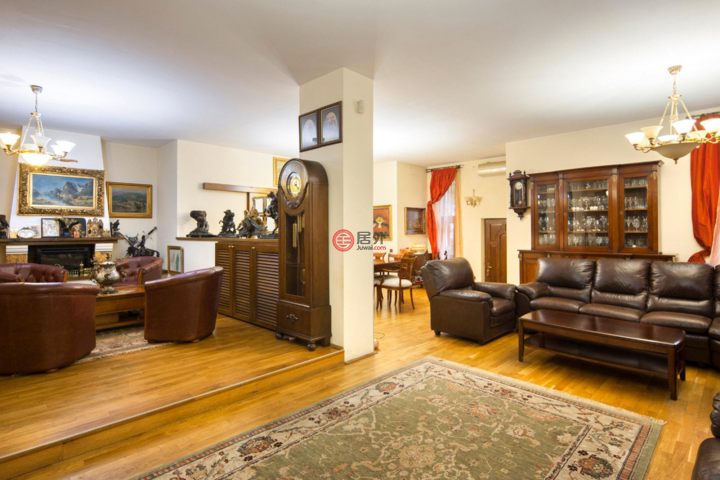 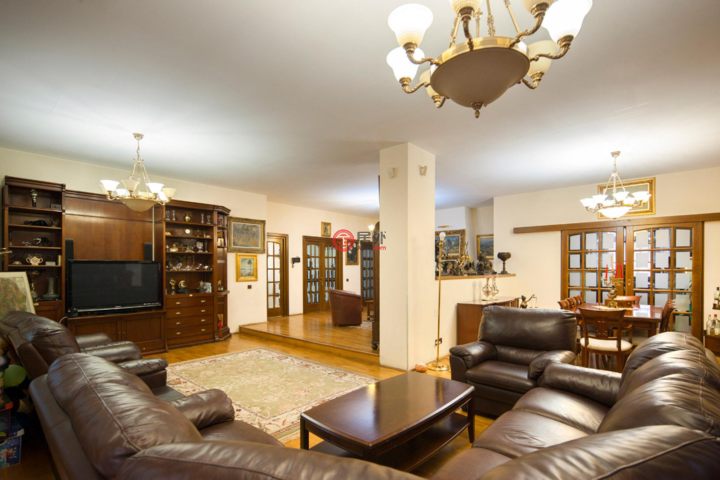 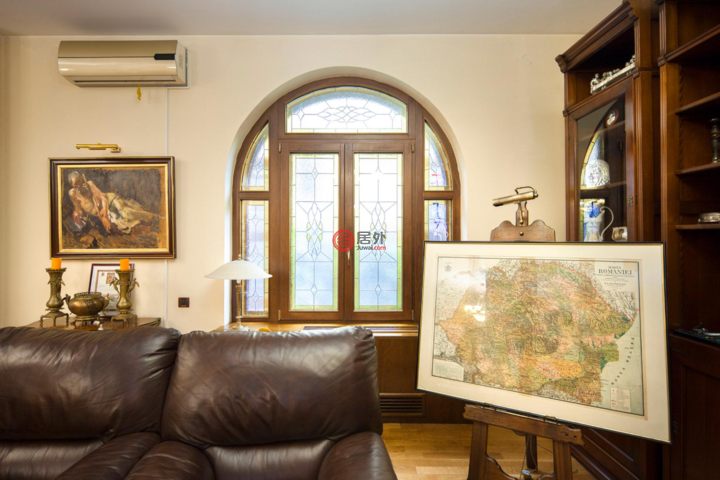 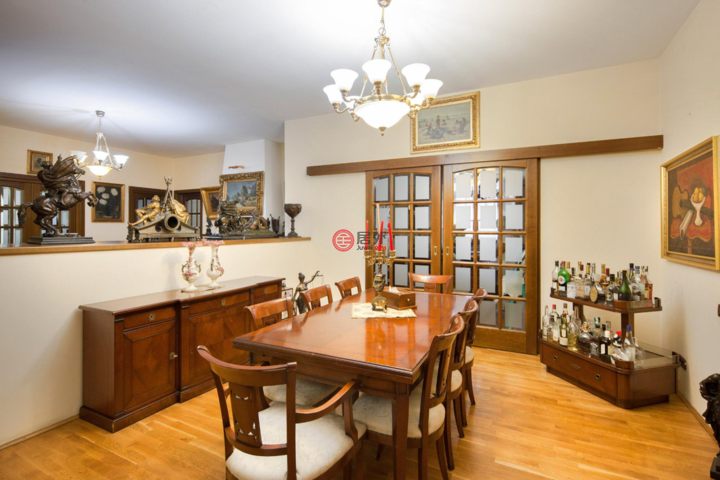 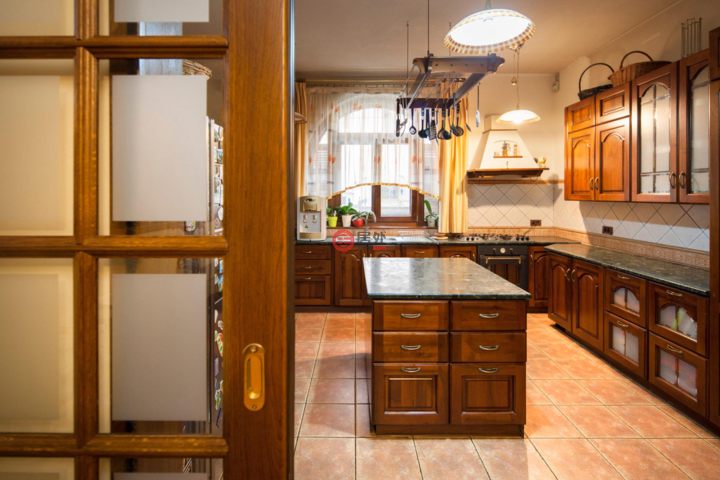 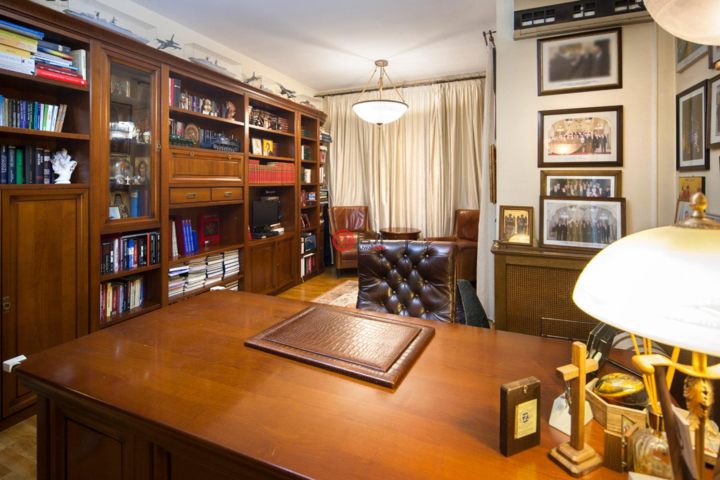 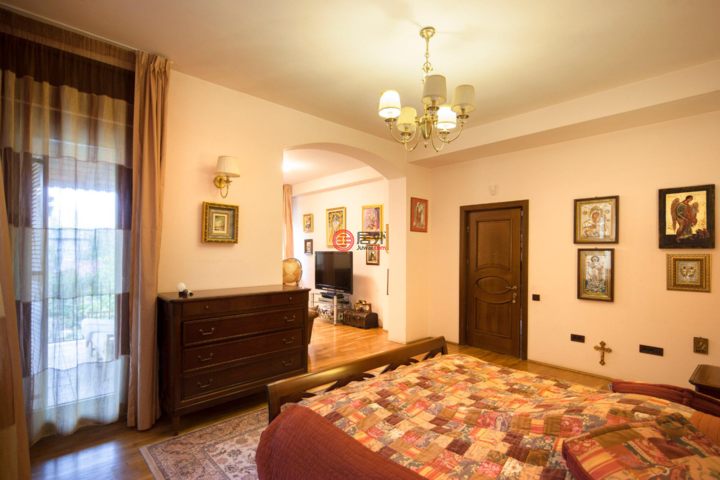 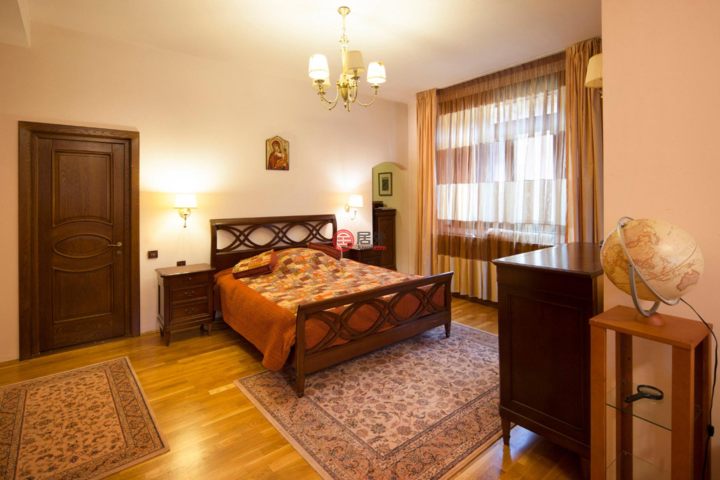 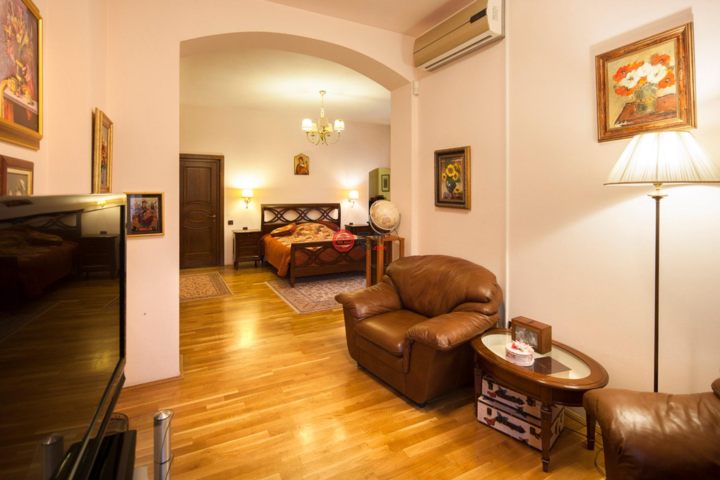 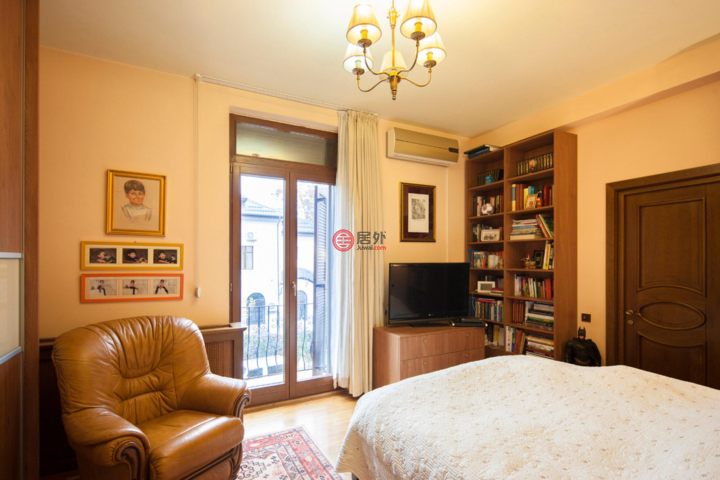 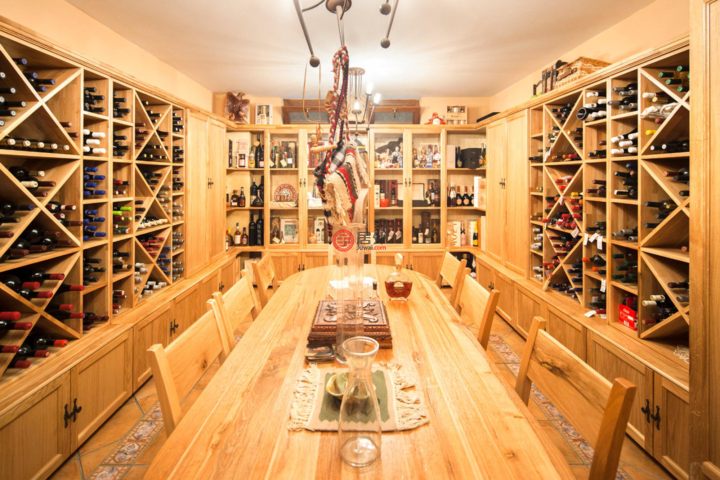 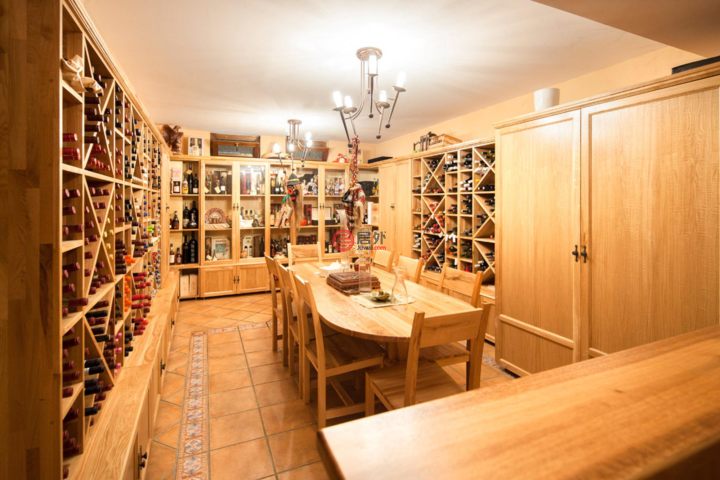 At an only few minutes’ walk from Opera Square, on a quiet street in the old Cotroceni neighbourhood, there is this cozy villa, reminiscing of an idyllic Bucharest.
The villa benefits from a land of 468 sqm and a usable area of 642 sqm, arranged in B+GF+1F+A. The large surfaces and the layout of the rooms ensure enough space for a large family. The building has 12 rooms and 8 bathrooms, of which two living rooms of 87 and 45 sqm (one on the ground floor and one on the attic), gym, sauna and cellar in the basement, two offices and five bedrooms.
The villa was built in 2006, replacing the house of Regent Gheorghe Buzdugan, and reproduces the facade of the original construction. Unfortunately, this could not be saved, since it was in an advanced stage of degradation when purchased by the current owners. The original house appears in a few frames of a film with actor Grigore Vasiliu Birlic, where one may see the initial facade.
Gheorghe Buzdugan (1867, Focșani-1929, Bucharest) was a Romanian politician and magistrate, honorary member of the Romanian Academy since May 28, 1929. He contributed in retaining the monarchic institution of Romania during the dynastic crisis, as High Regent.
In 1924, he was elected president of the High Court of Cassation and Justice, and from the beginning of 1926 he was part of the Regency which took over the prerogatives of the head of state if His Majesty Ferdinand I would pass away, before Prince Michael I, officially appointed as successor to the Throne of Romania, come of age. The High Regents entered in office on July 20, 1927, immediately after the King's death. Gheorghe Buzdugan passed away on October 7, 1929, at the age of 62, when he was still a member of the Regency.
One of the most exclusive neighbourhoods of Bucharest, Cotroceni is one of the few that remained intact, despite the communist systematization of the Capital. In the 17th century, the area was the estate of ruler Șerban Cantacuzino. In the 19th century, along with the modernization of Dâmboviţa river and the elevation of Cotroceni Palace (following the plans of architect Paul Gottereau), the area was transformed. The development continued with the construction of important objectives such as the Palace of the Faculty of Medicine (1902) or the Military Academy (1937), which brought as tenants of the district renowned intellectuals, most of them teachers, doctors and artists: Carol Davila, Emil Racoviță, Eugen Lovinescu, Ion Barbu, Ion Minulescu, Oscar Han, Șerban Cioculescu or Vladimir Streinu.
The villa is in close proximity to the objectives of the area: the churches of Saint Old Elefterie (18th century) and Saint New Elefterie (1930s), the National Opera, Eroilor Park.
Sources:
Stelian Neagoe „Oameni politici români”, Editura Machiavelli, Bucureşti, 2007
turismistoric.ro
muzeulcotroceni.ro