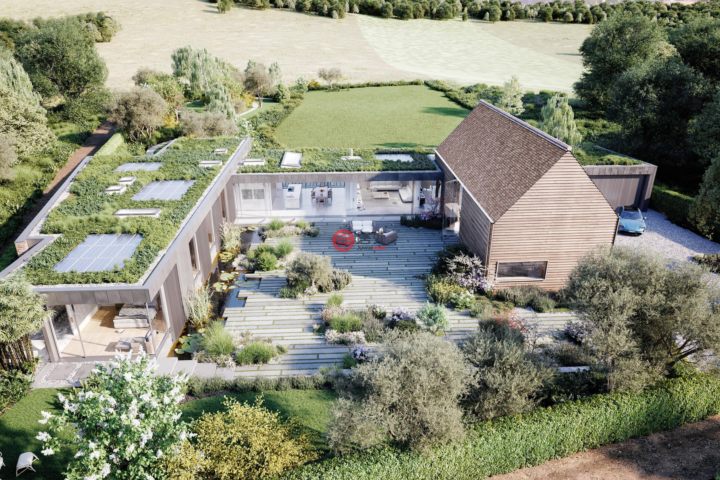 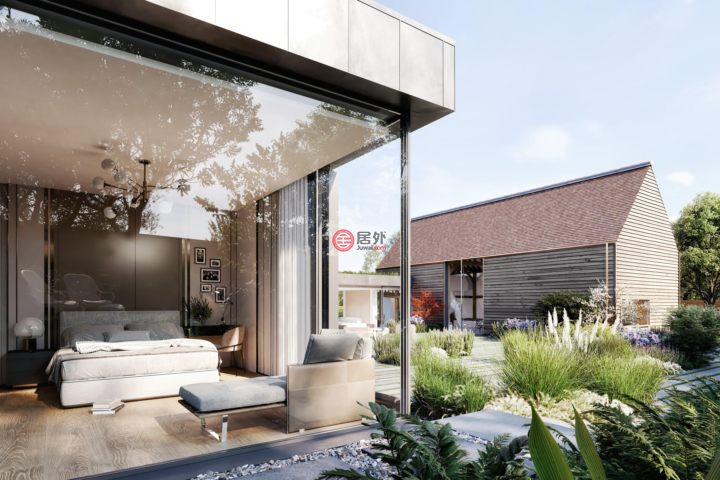 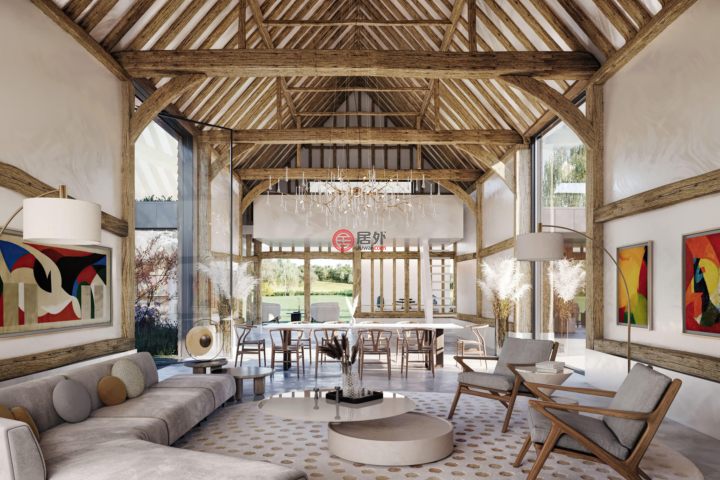 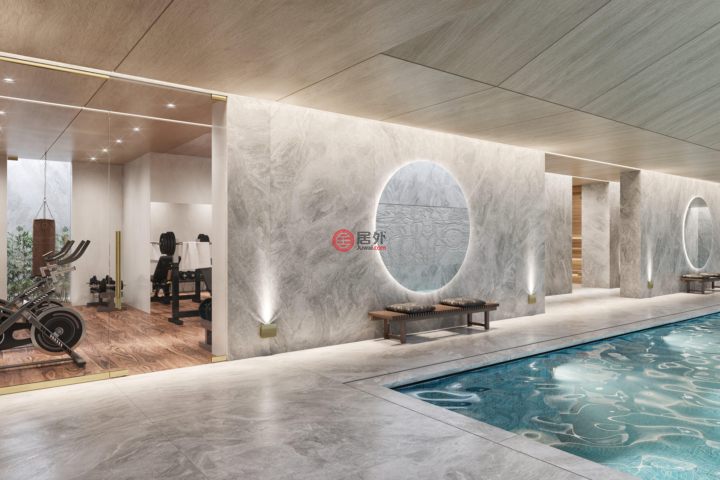 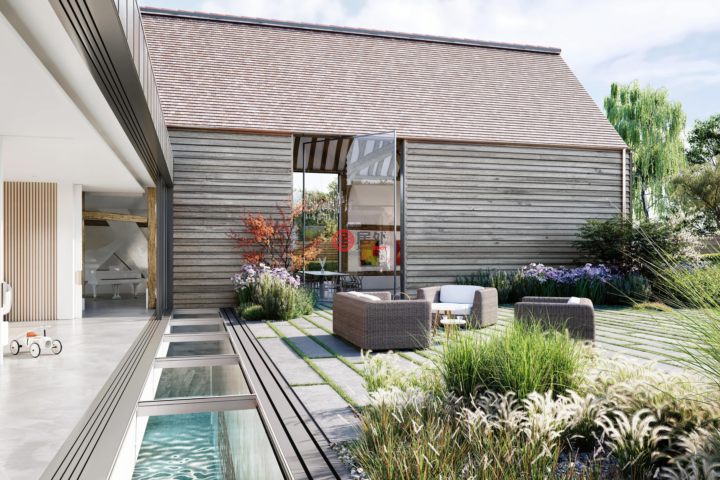 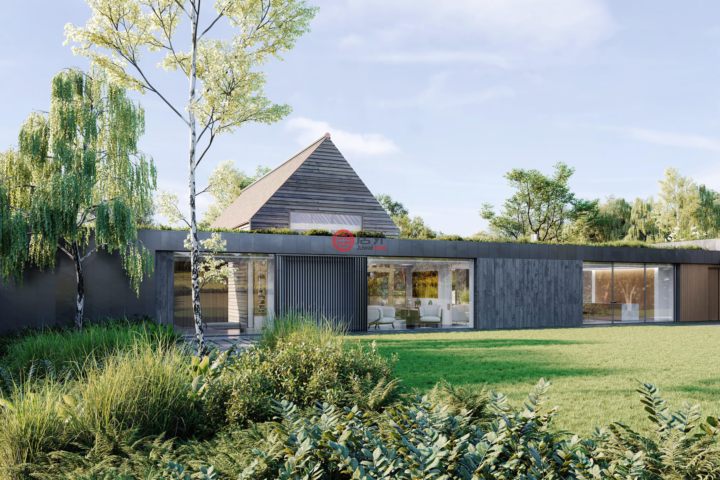 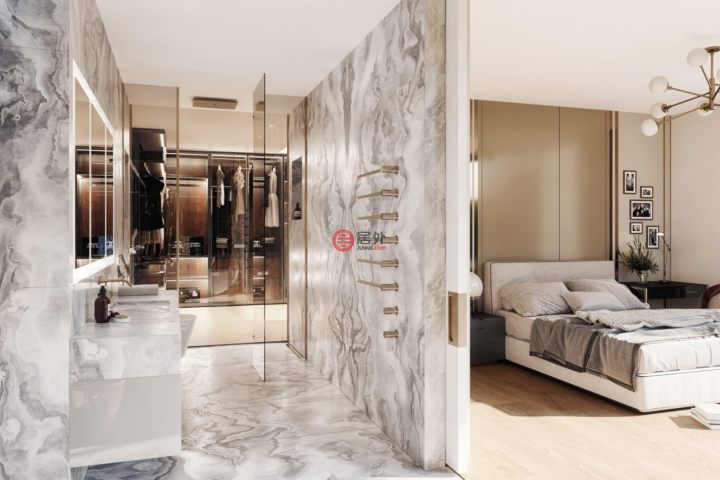 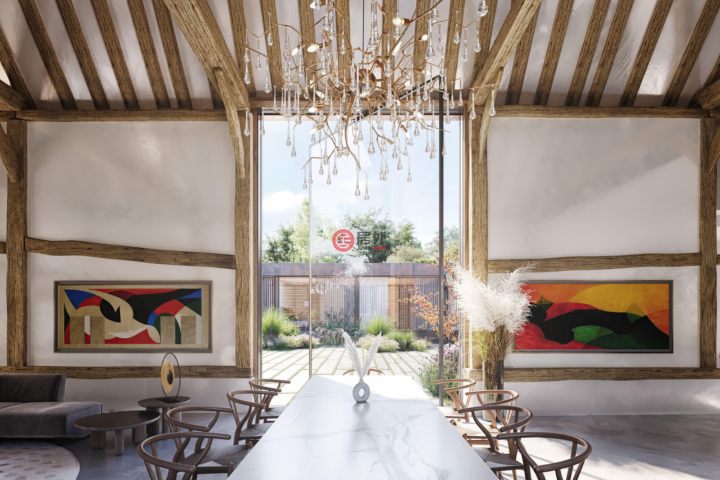 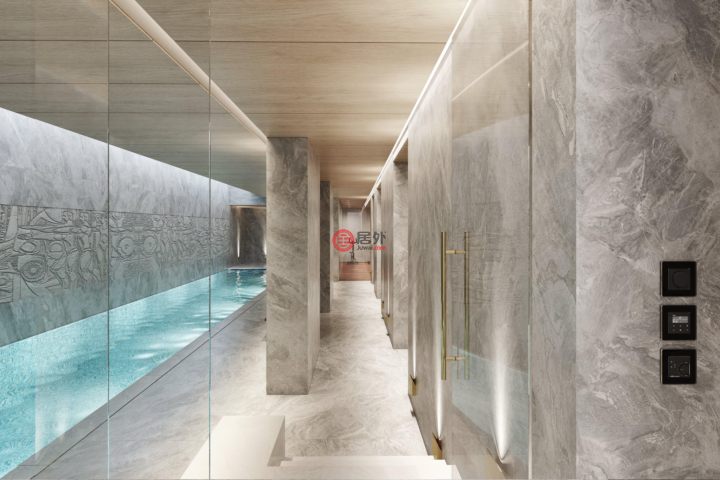 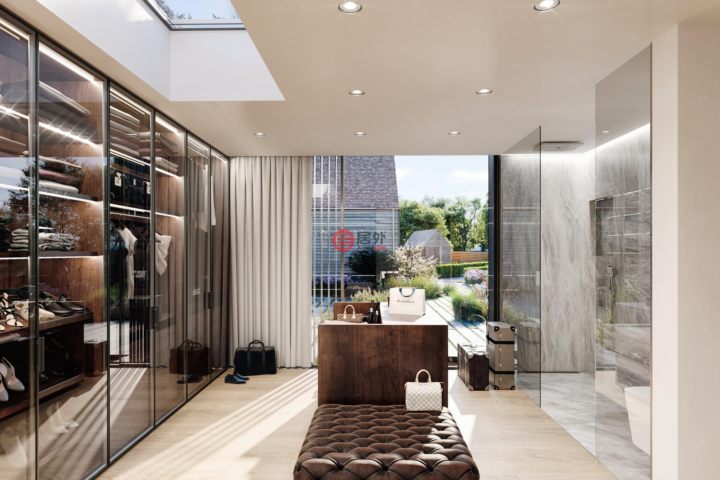 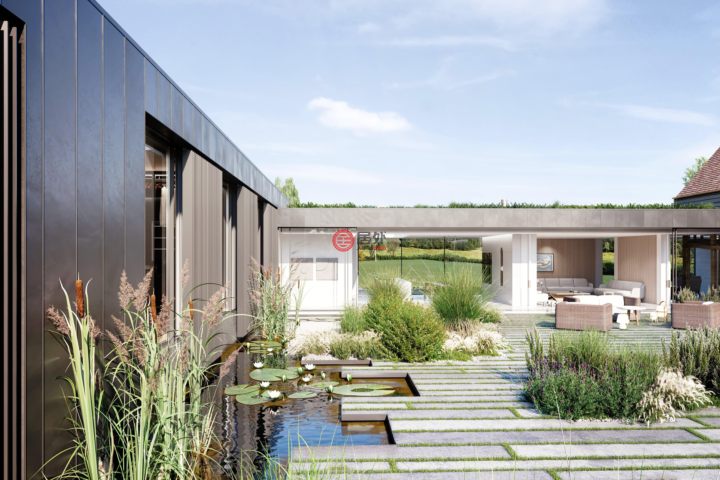 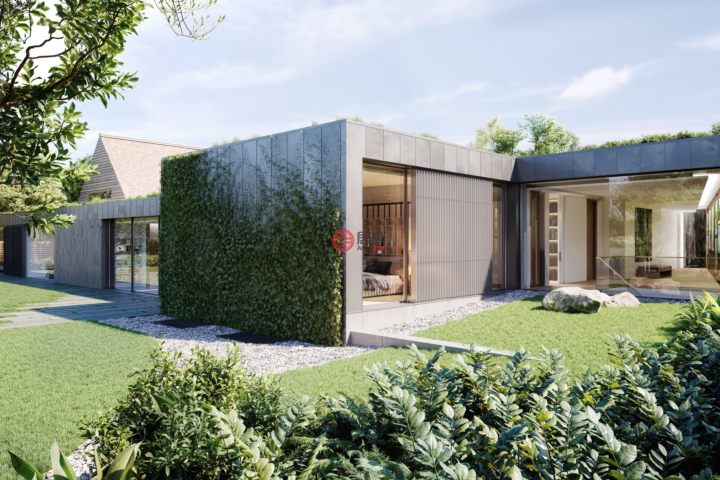 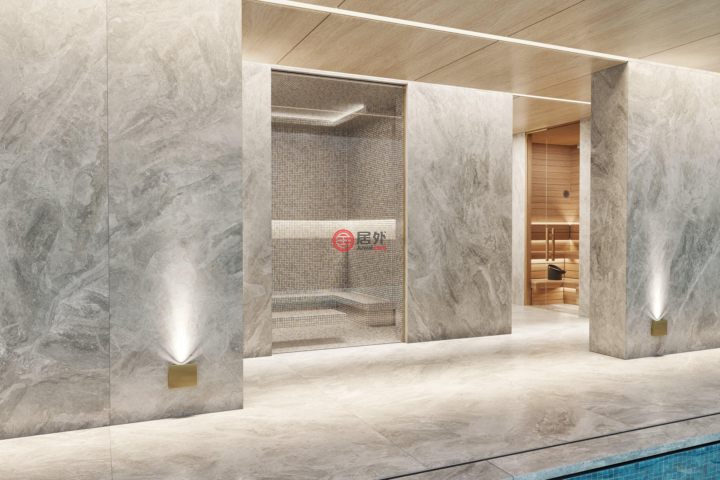 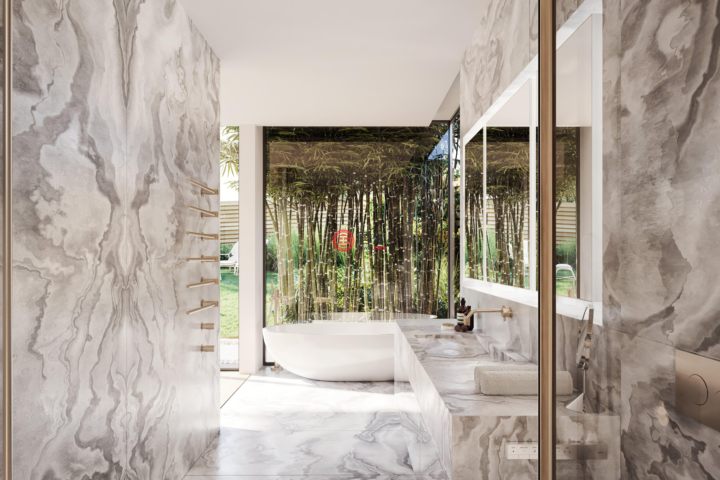 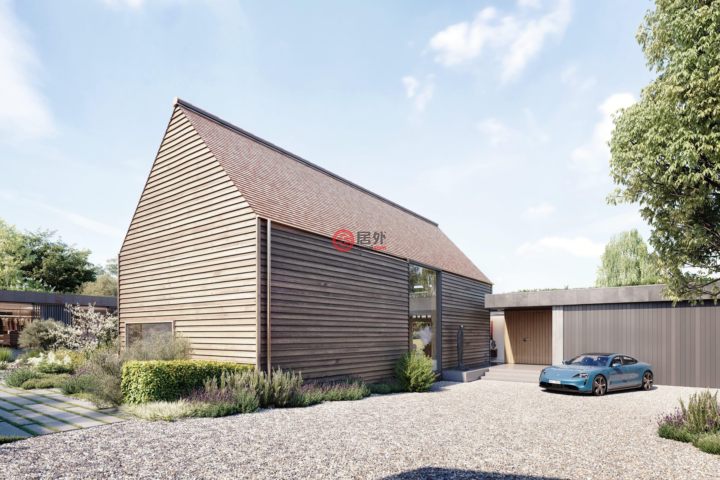 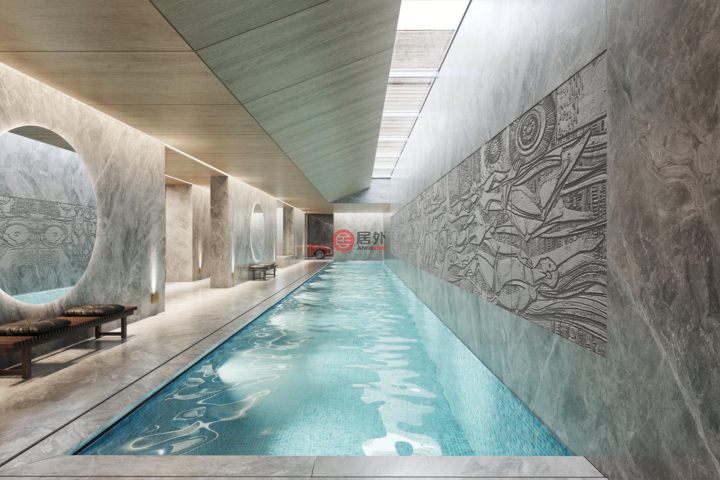 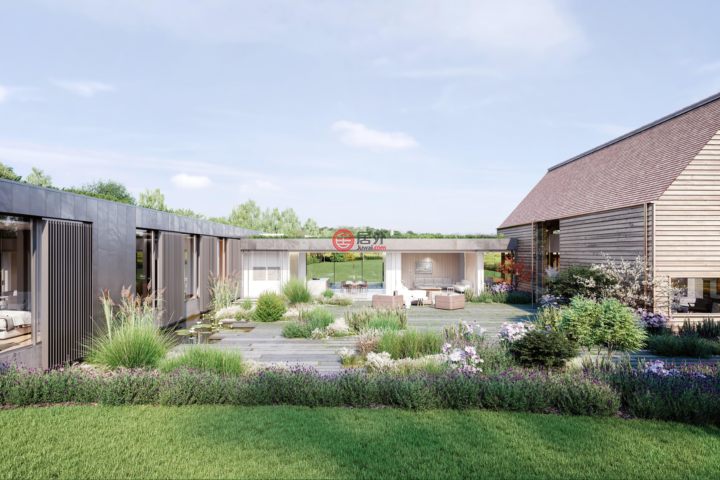 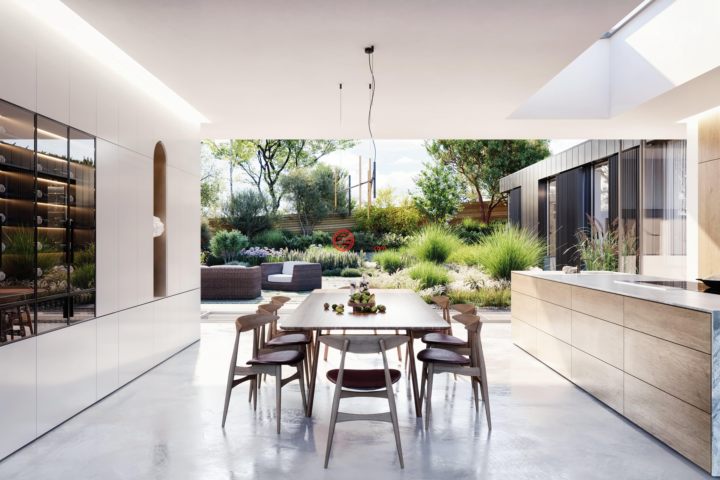 
Available as either a plot or as a completed house, the substantial plot has been awarded planning permission for a low energy, sustainable design to convert and extend an original barn with contemporary wings and add a subterranean spa, all surrounded by beautifully landscaped gardens and designed by Jinny Blom.


The new house is approached from the south side of the site with a formal entrance that culminates in a parking area with space for several vehicles hidden behind the main barn, and a garage with car lift. The design conserves the 'U' shaped layout of the existing agricultural buildings and attempts to reflect the local agricultural vernacular in its choice of materials. Three interlocking forms make up the new house, consisting of the Grade II timber barn, once owned by Prince Leopold I of Belgium, and two contemporary wings creating a partially enclosed, south-facing central garden. These stealthy single-storey extensions are intended to minimise the impact of the house on the surrounding countryside while enhancing the significant volume of the existing structure.


Internally, the principal rooms are designed to flow from one to another, offering dramatic views along the entire length of the wing through the versatility of pocket doors. The entrance hall pours into a family room and in turn onto the kitchen, which opens to the garden at two aspects through glazed sliding doors.


The scale and volume of the barn is celebrated by offering it as a single open-plan reception with dining and seating areas, a mezzanine at one end and masses of pivoting glass to the central garden space.


Five bedrooms are proposed for the western wing, all with en-suite shower or bathrooms. Three of the bedrooms will look out over a pond to the enclosed garden and are linked by a gallery space along the westerly wall.


On the lower-ground level, the design proposes an indoor pool with excellent spa facilities, naturally lit from above by roof lights in the ground-level terrace.


Location
The Crown Estate lies just to the east of the charming Oxshott High Street, on ancient hunting land owned by the Crown until the late 18th Century. Surrounded by open fields and woodland, the area combines rurality with the convenience of proximity to London and the
most sought-after towns of Surrey. The Estate is located just north of the Prince's Coverts, a managed woodland with an area of approximately 860 acres.


The Crown Estate in Oxshott is one of the most sought after estates in the country and can be found less than 20 miles south-west of central London. Like many of Elmbridge's exclusive locations, the estate is surrounded by beautiful Surrey countryside for bucolic country walks, yet finds itself within easy reach of the boutique shopping, leisure and dining opportunities of surrounding towns and villages, like Esher, Cobham and Weybridge.


The area is also very well known for the variety and the quality of its schools. ACS International, Danes Hill, Charterhouse, Reeds and King's College Wimbledon are within easy reach, with schools such as Eton, Harrow and Wellington only a little further.


The house itself is situated within easy walking distance of Oxshott station, with regular direct services to central London. Central London is around an hour by car and the house is well located for quick access to the M25, M3 and A3.


All enquiries through the sole selling agents only.