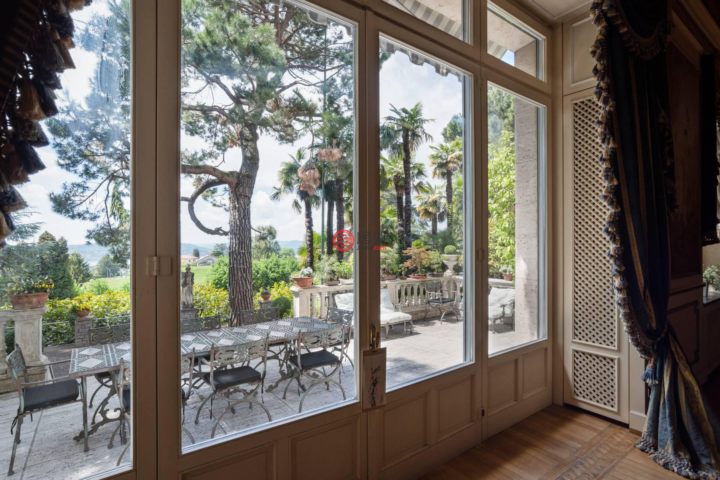 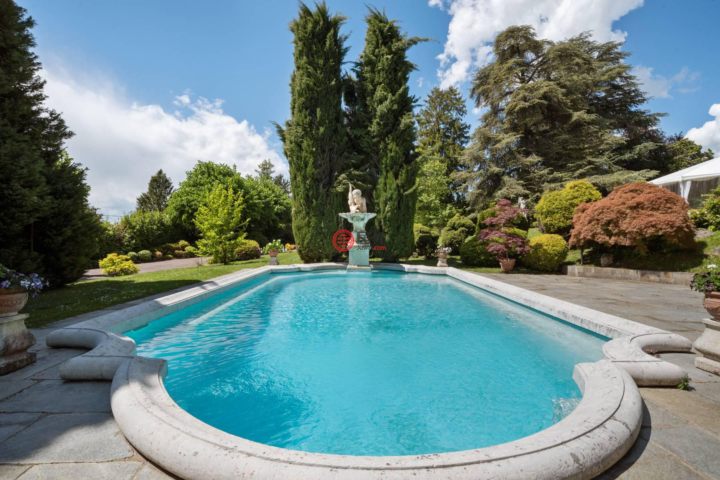 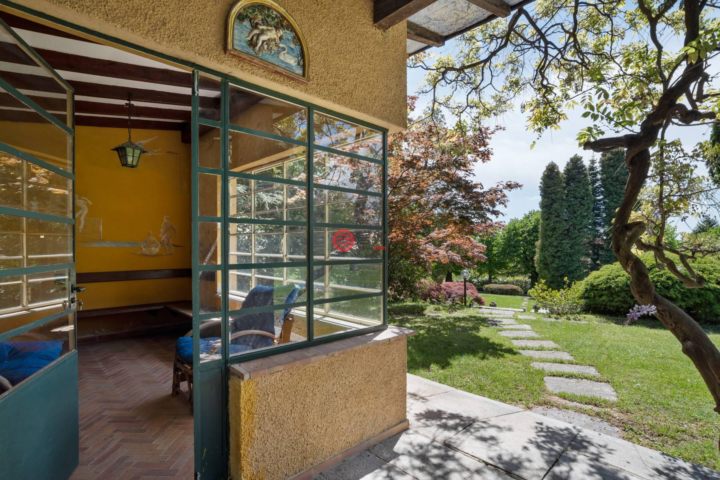 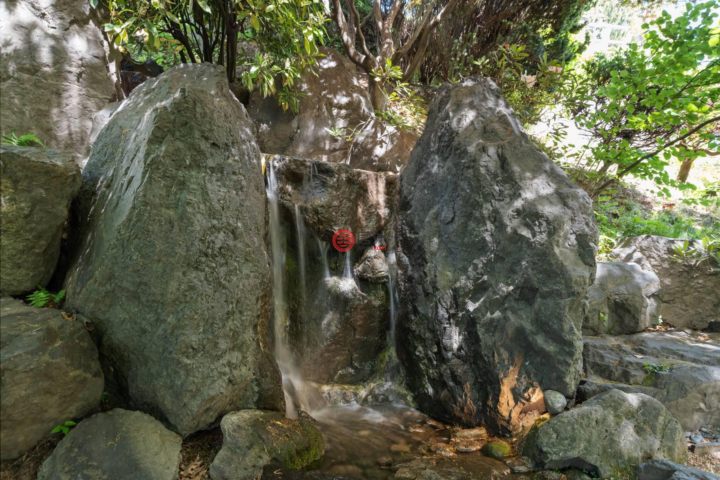 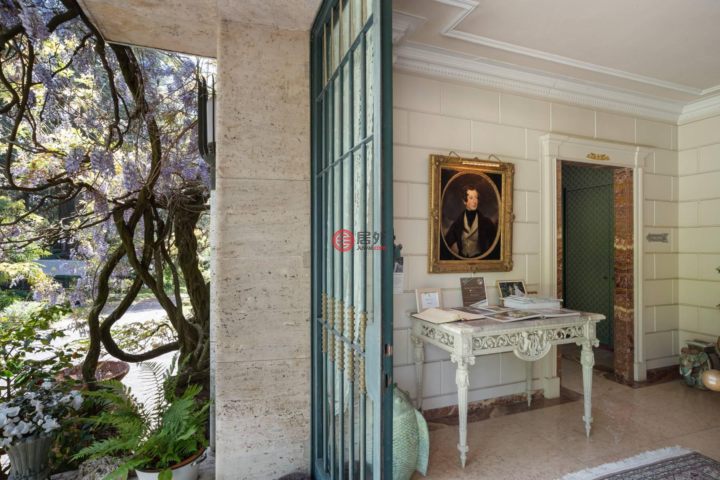 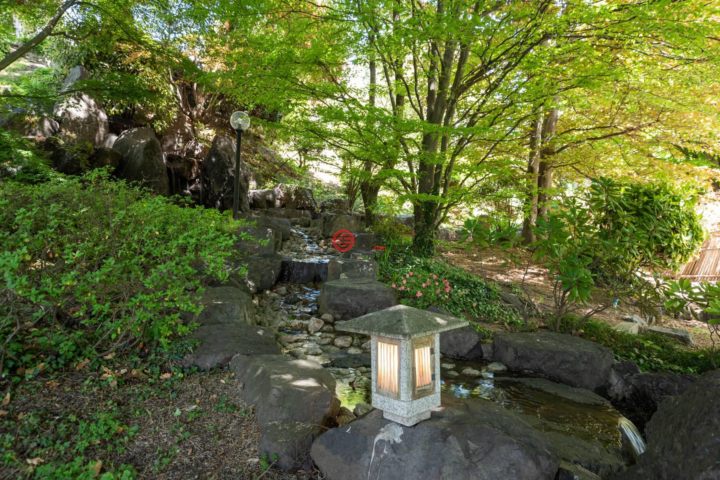 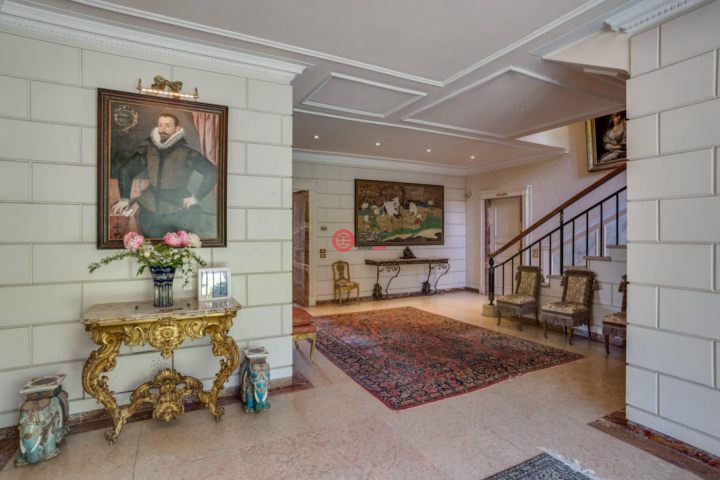 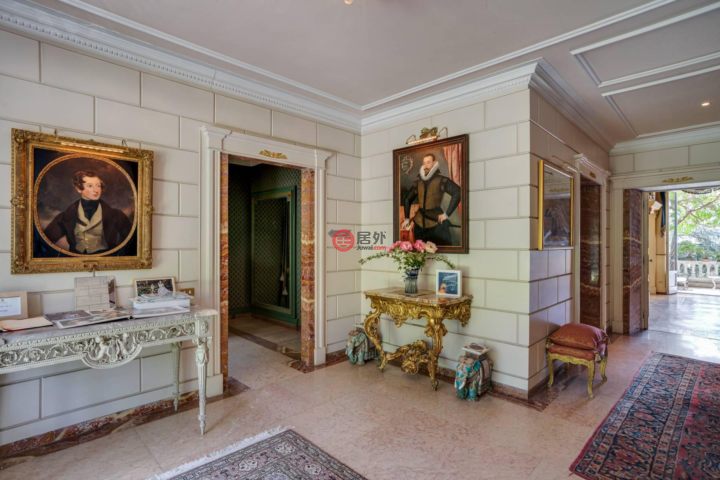 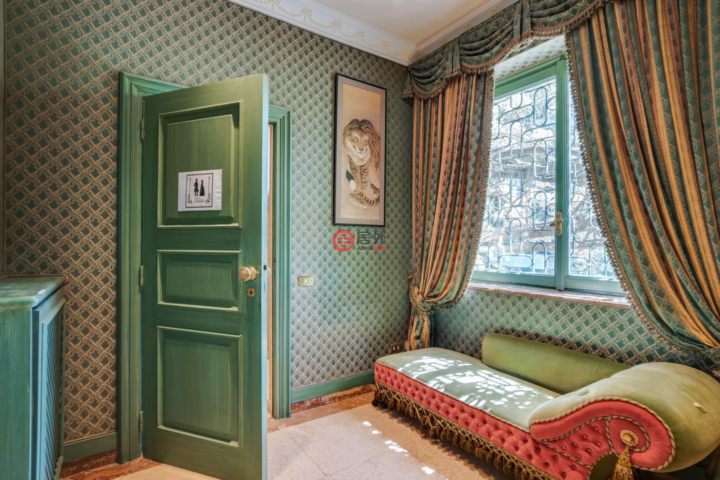 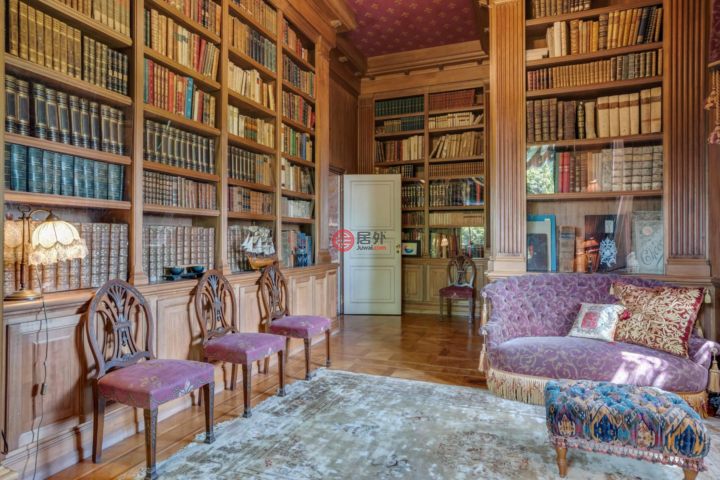 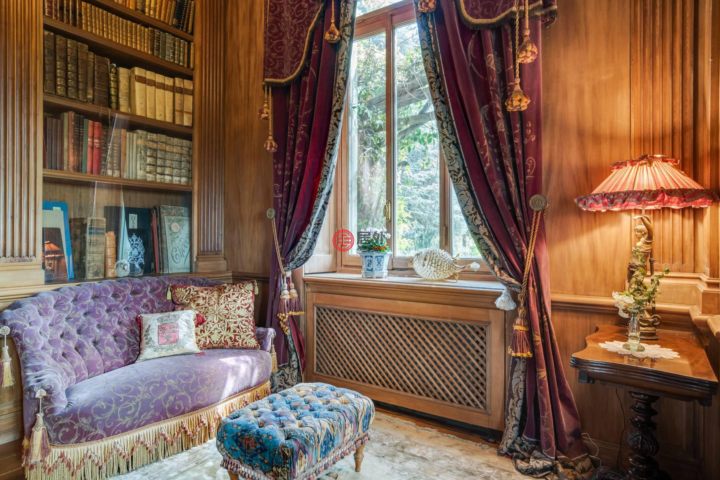 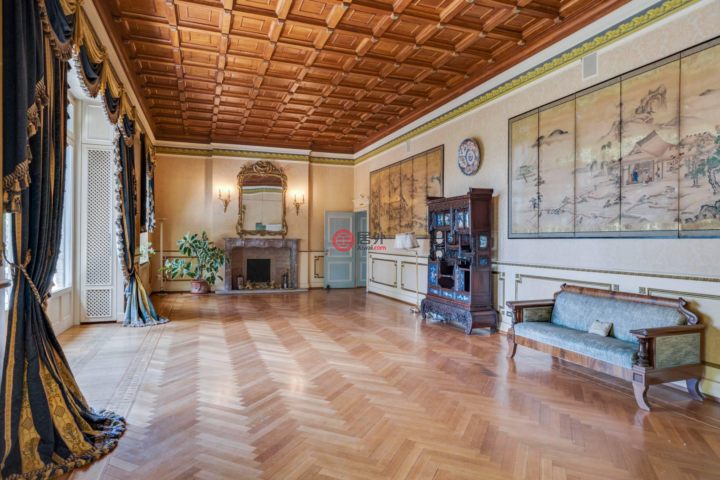 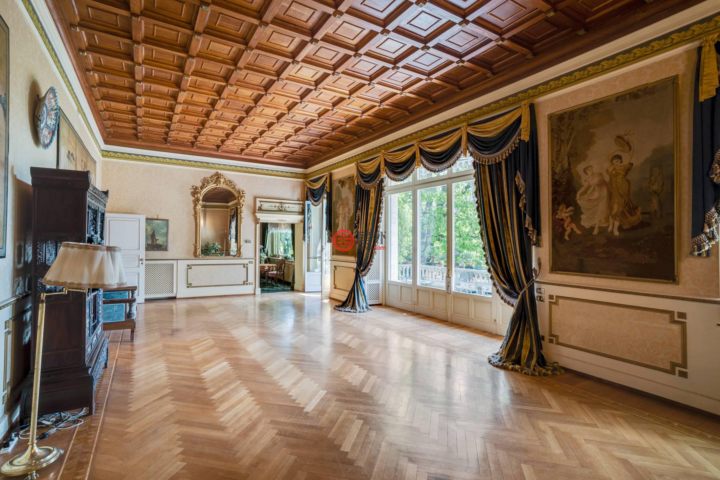 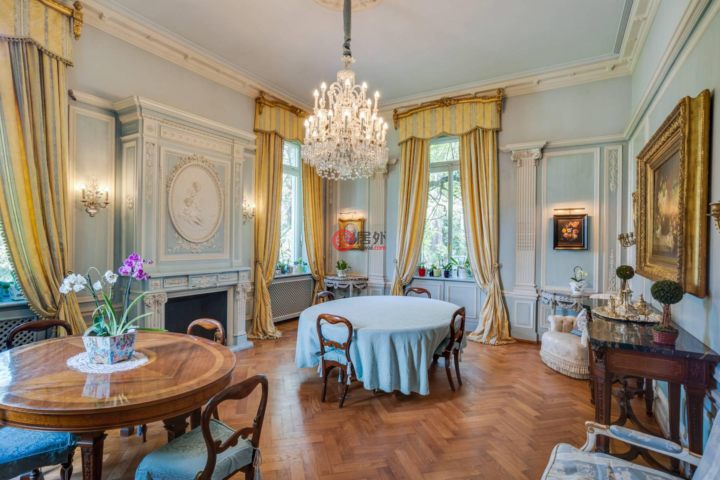 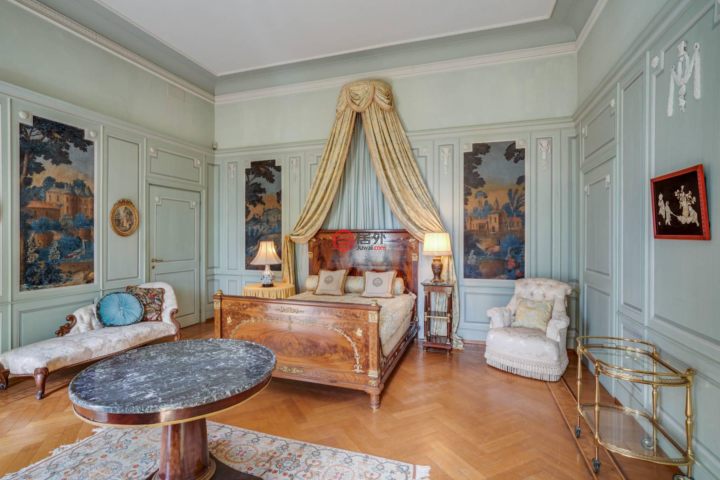 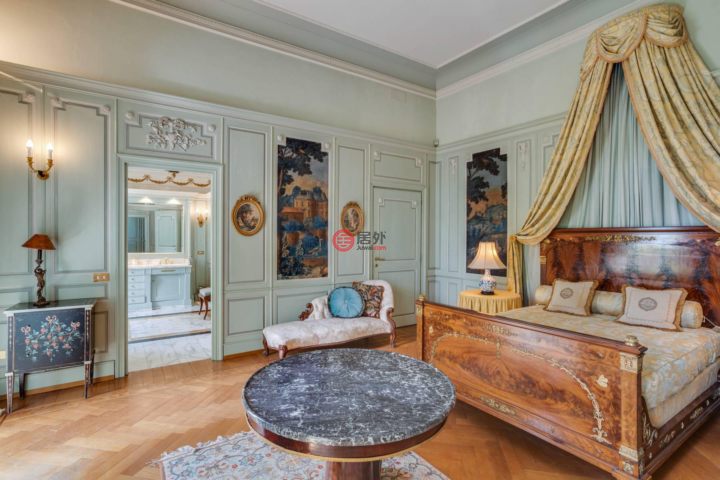 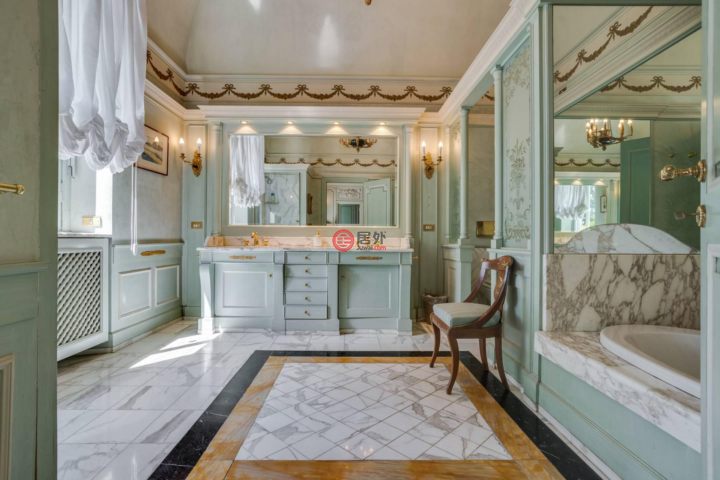 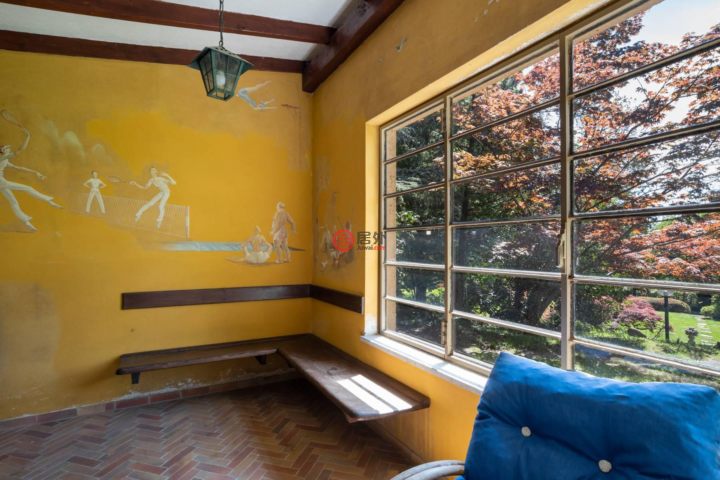 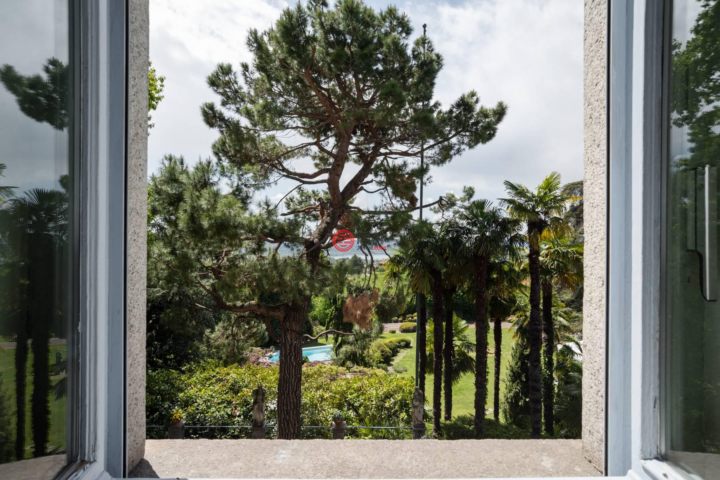 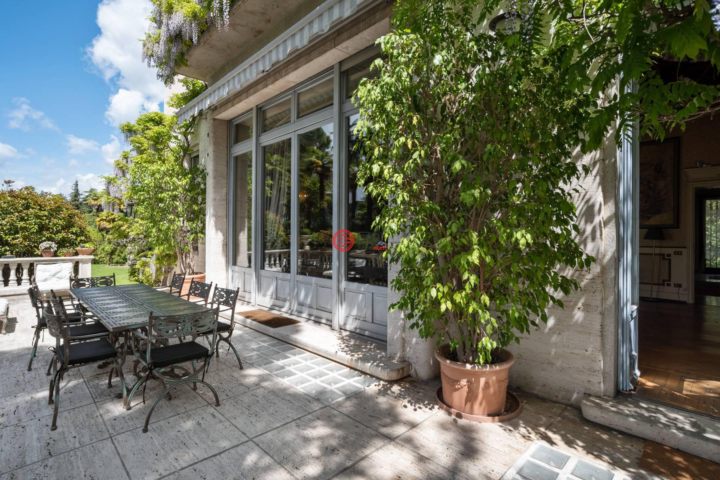 Extraordinary villa located in a central area of ​​Varese on the slight south-facing slope of Colle Campigli, completely surrounded by a park of 24,000 sqm, with full view of Lake Varese and the entire chain of the Alps, from Monviso to Monte Rosa. It is only 30 km far from Malpensa Airport, 50 km far from Milan and 30 km far from Lugano. The Villa, after the embellishments and renovations of the 90s, has been considered, with its original French, Japanese and English interiors and decorations and with its Japanese Garden (defined as "a unique work of art in Europe") "the most beautiful Villa in the Varese area among those still privately owned ". The Garden, is cared since the 18th century, with rare and valuable essences, is enriched by numerous period statues, a monumental swimming pool, a gazebo with famous liberty frescoes, a stone theater, with spectacular blooms of azaleas, rhododendrons, camellias, rose gardens, Japanese cherry trees, and with very precious votive monuments of Shinto and Buddhist temples. The main villa develops in 1665sqm, instead the terraces develops in 262sqm. The building was built in the early 1900s, and it spreads over three floors and a basement and includes 31 rooms, 10 bathrooms, and 6 very large terraces facing in all directions. The Liberty Dependance designed by the Architect Sommaruga was recently renovated as a charming B&B, it is about 225sqm , with 6 bedrooms, 2 bathrooms and 2 large terraces. The Noble Floor of the Villa includes the Imperial Hall of about 104 sqm, overlooking to the Garden and to the parterre of about 400sqm with breathtaking views of the Lake and Monte Rosa with a coffered ceiling, paintings and tapestries, mirrors and original fireplace, that comes from the noble French and Japanese residences . On one side you find the Napoleonic Room, with Napoleon III boiserie, a fireplace with cherubs, paintings and stuccos from a famous Parisian residence. On the other side there is the Tea Room and the Monumental Library, that comes from an English villa of the 1700s, the Monumental Entrance is preceded by the Gentilizio Coat of Arms, with the huge kitchen, a bathroom and a dressing room for guests. In he First Floor there is the Master Suite, with original boiserie, stuccoes, tapestries and fireplace, it comes from a 17th century French castle and a balcony among the wisteria trees that surrounded all the Villa, with a view of the lake and the Alps. Here we find other two double bedrooms, the other instead with a delightful terrace wrapped in wisteria, two bathrooms, a work room and a huge Covered Terrace, designed by the Croatian-Australian artist Charles Billich, that is open on three sides towards the garden with a view of the Four Thousand peaks Swiss Alps east of Monte Rosa. The Second Floor develops in a very large Study-Library with three windows facing the Lake and the Alps, two bedrooms each with the bathroom, the French Fireplace Room and a large terrace which leads to the Top of the Villa, with a 360 ° observatory-house. The Mezzanine Floor is connected to the garden by an eighteenth-century tunnel, the oldest part of the villa, with the original exposed red bricks that includes a large soundproofed Disco Room with precious wood carvings on the ceiling designed by an Australian artist called Rod Dudley. We find also the Fitness and Spa area, the technical services and the accommodation for the staff. All floors of the property are served by a lift, with an external entrance, close to the garages.