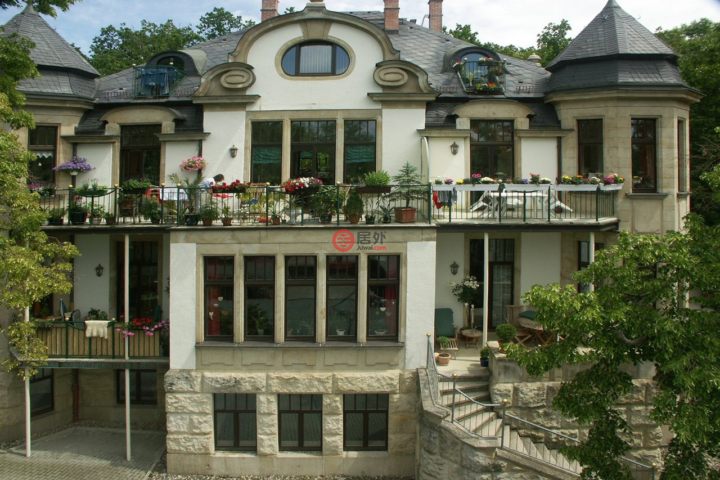 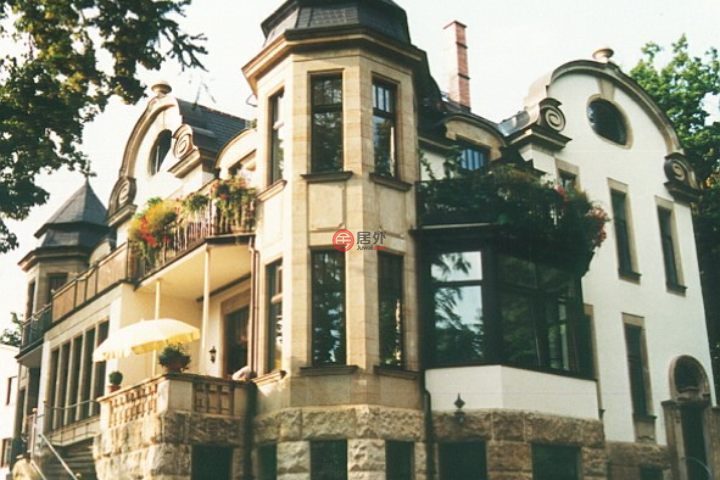 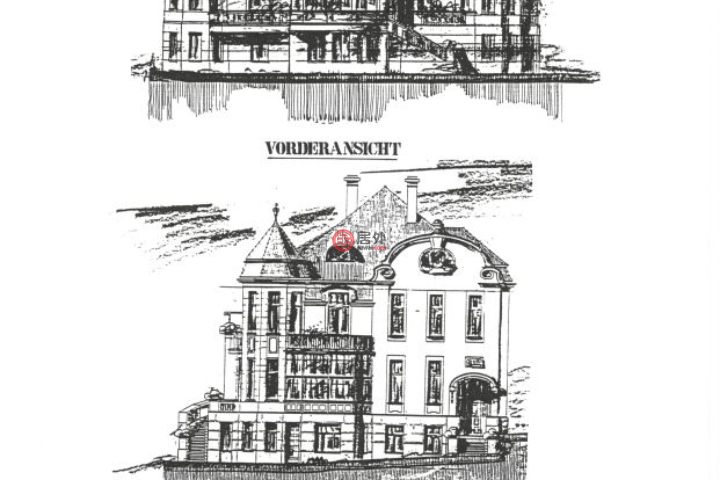 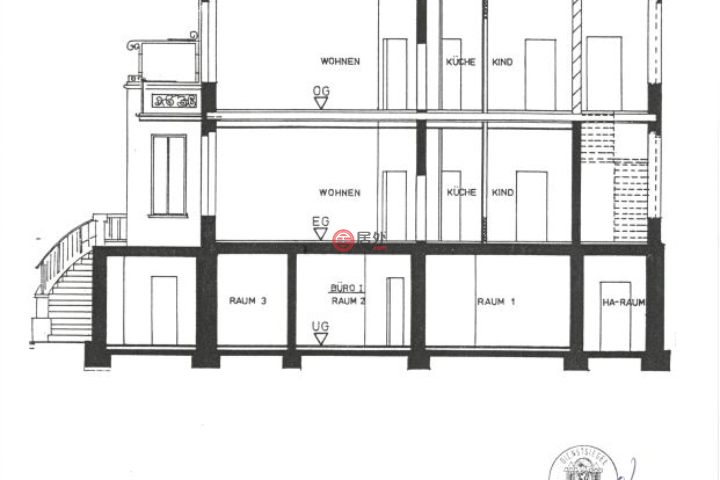 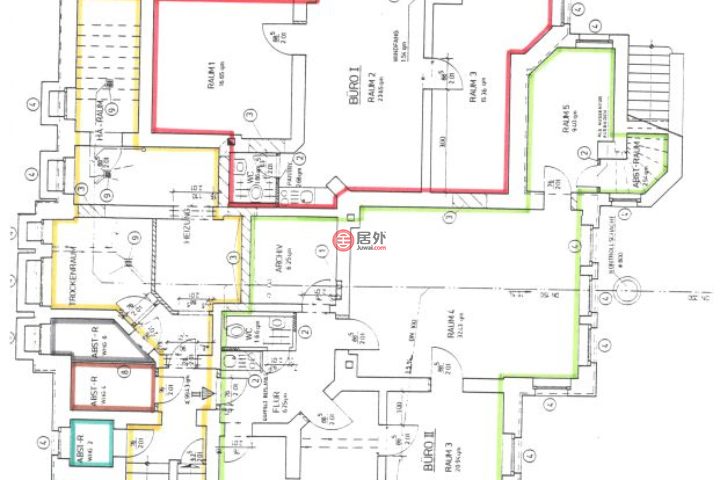 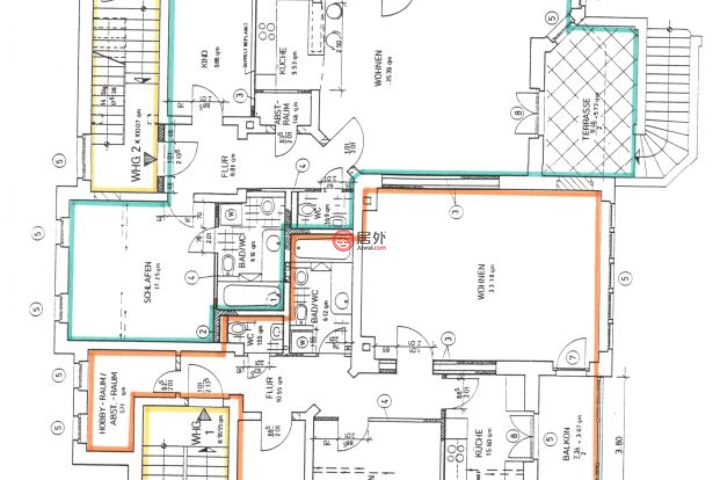 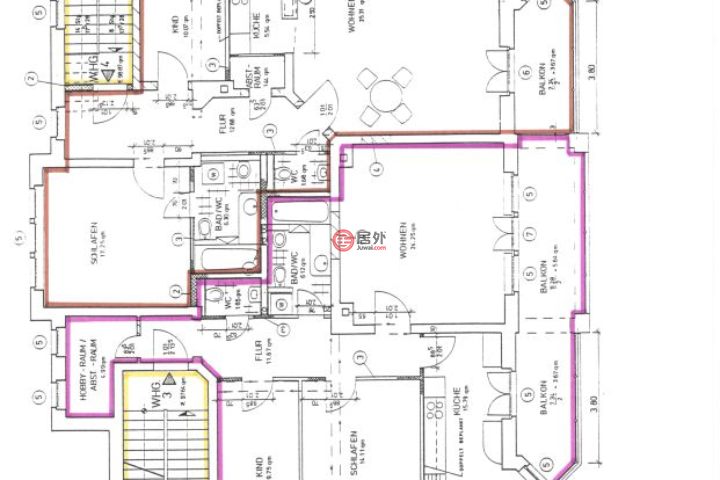 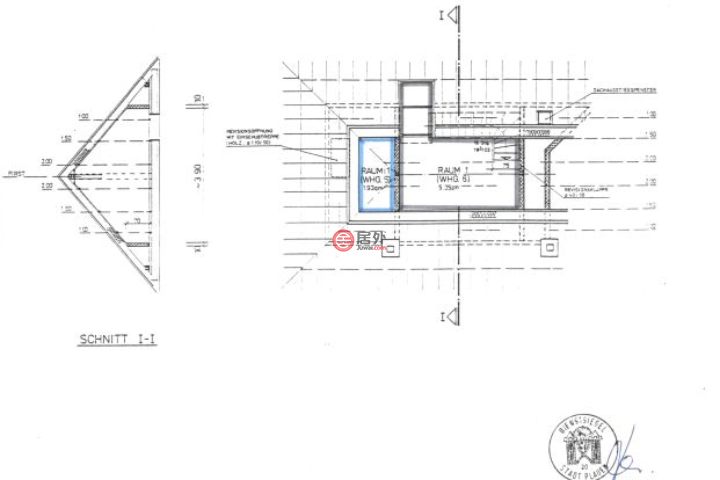 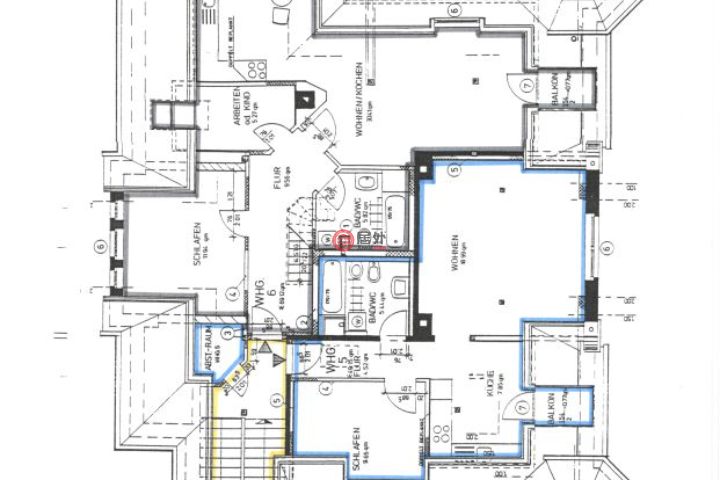 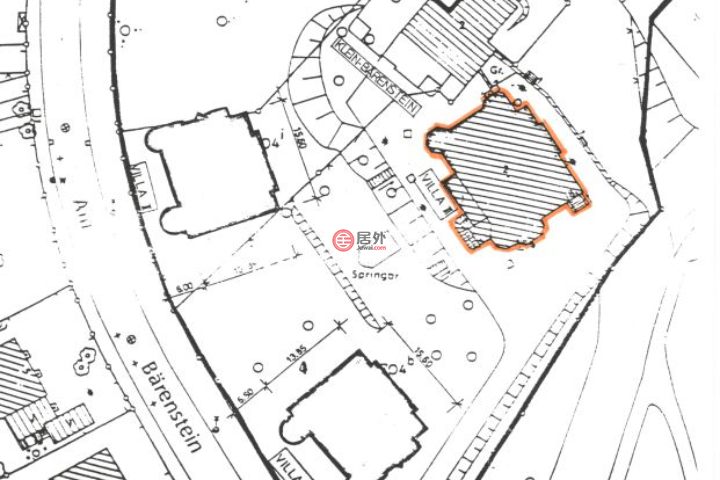 The outside of the exclusive villa consists 2/3 in sandstone, with rich ornamentation.
The house has 6 flats with 2-4 rooms with at least one balcony, and 2 bureaus in the basement.
In the moment all apartments are leased out. All bathrooms have granite tiled floors, the living rooms are furnished with wooden parquet and all the sleeping rooms have carpets on the floor.
The ceilings have a room height of nearly 3 meters and are partially restored with ancient stucco works, as it was done at the beginning of the last century.
All windows were renewed with brown wooden frames and doubled glasses.
During the rebuilding of the house, all waterpipelines, the complete heating installation and the electricity system were overall renewed.
The roof of the villa was also completely renewed and is now covered with expensive grey Slater.
The surrounding gutter is made out of long lasting copper.
Two separate staircases lead to the different flats.
Outside, every Appartement has its own carport.

The whole building was completely restored and renovated with an expenditure of money and time in between the years 1990 until 1995.

I need to sell my castle-like villa to avoid bankruptcy, because the lock down in correlation with Corona Virus brought to a point of no return for one of my companies.