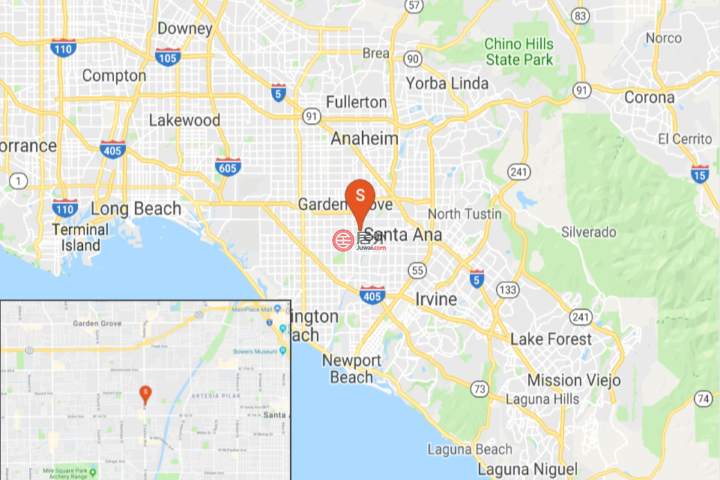 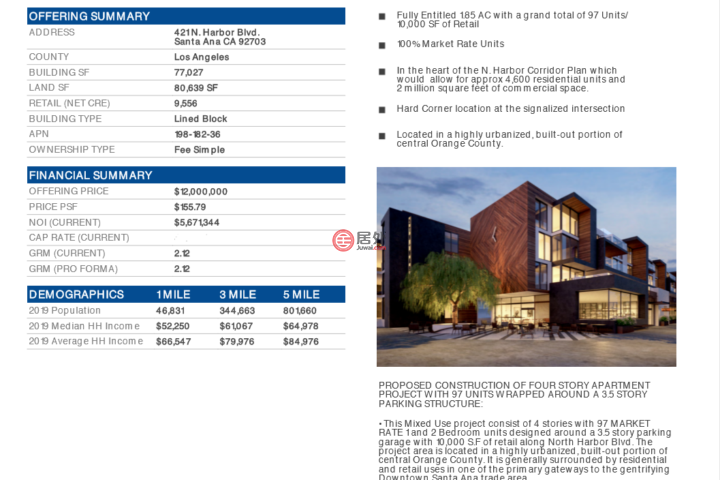 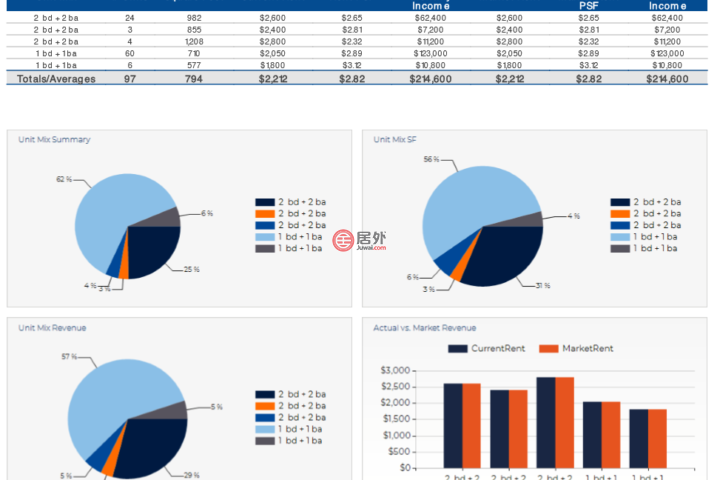 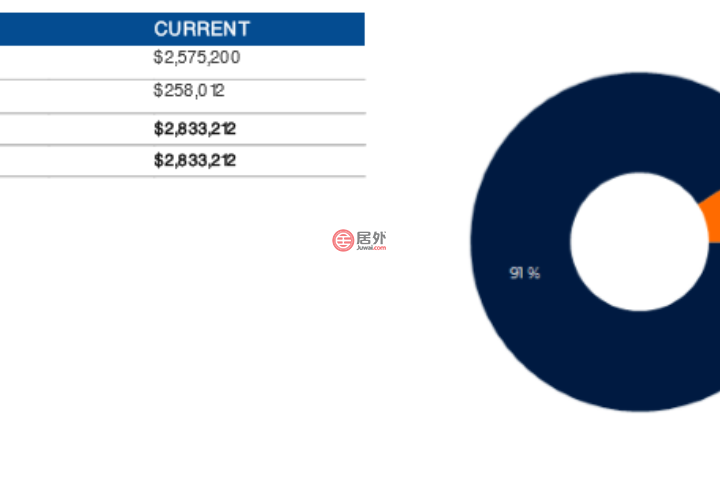 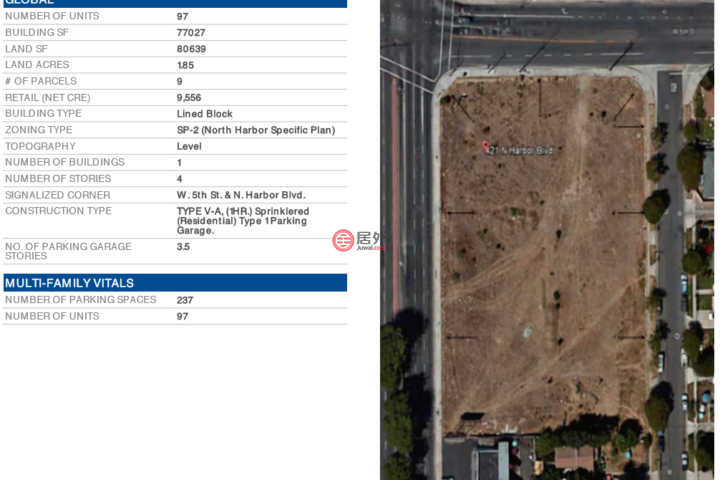 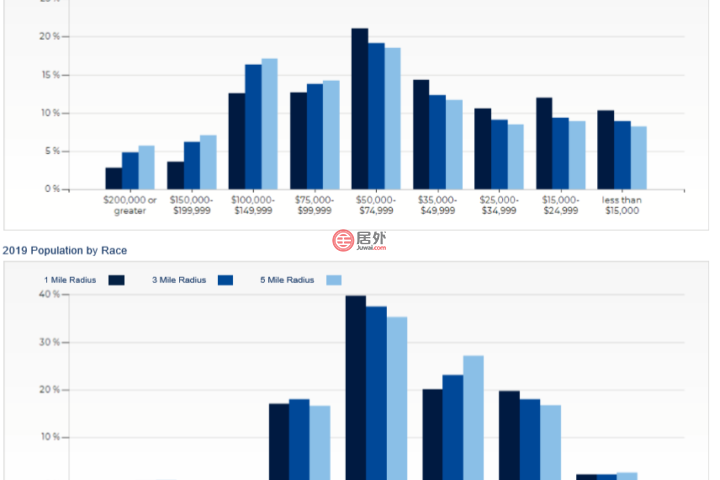 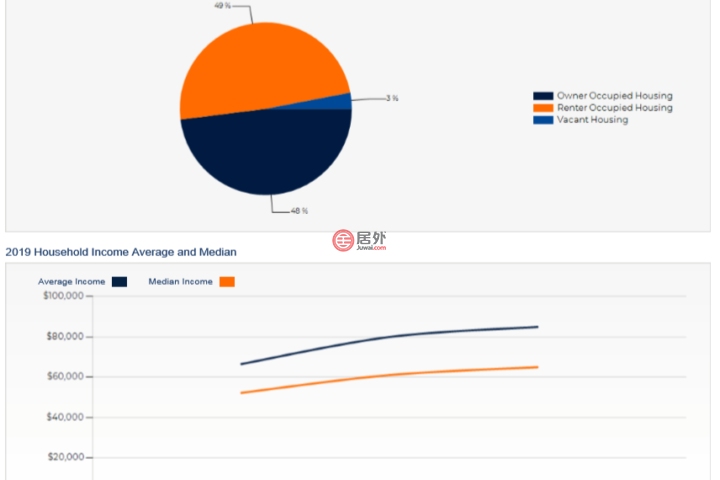 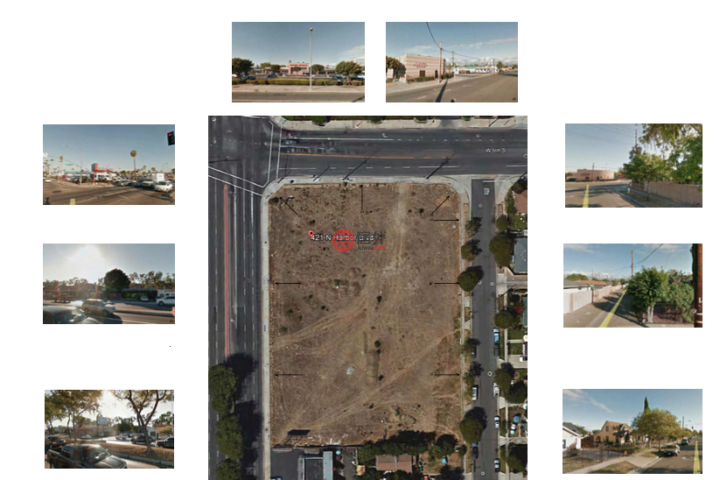 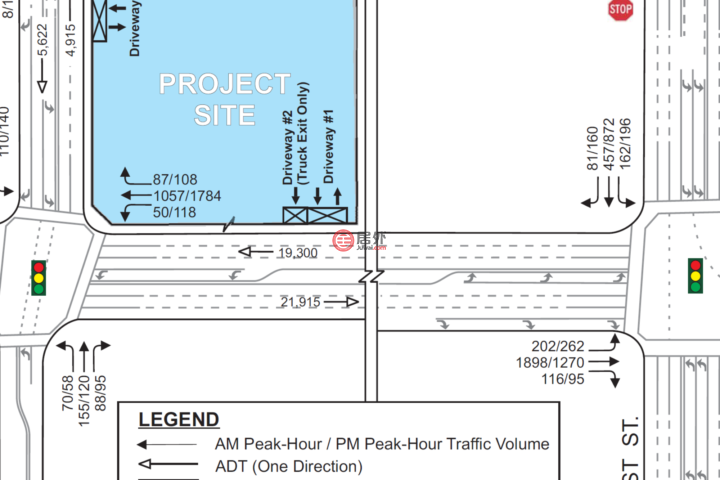 • The total lot area is 1.85 acres of land which is located on the signalized intersection of 5th Street and North Harbor Boulevard located in the city of Santa Ana, Orange County. This is a development opportunity which is fully approved to build: 4 stories with 97 (MARKET RATE) 1 and 2 Bedroom residential units designed around a 3.5 story parking garage with 10,000 square feet of retail along North Harbor Blvd.

•The project area is located in a highly urbanized, built-out portion of central Orange County. Surrounded by residential and retail uses in one of the primary gateways to Downtown Santa Ana trade area. The subject is a rare opportunity as Orange County has rezoned 305 Acres of land to be rezone for more residential units and commercial retail to retain current and professionals.

•Orange County is in a particularly difficult situation as it desperately requires commercial real estate developers to build 98,000 residential units by 2030 as housing demand is expected to double by 114,000 units as soon as 2045, putting immense pressure on regulators and the local economy as the County falls behind in providing current and future residents with housing.

• In order to combat the housing shortage, a new specific plan called the North Harbor Specific Plan has created favorable zoning ordinances for developers that would allow new development for approximately 4,600 residential units and 2 million square feet of commercial space to be developed within the plan area. 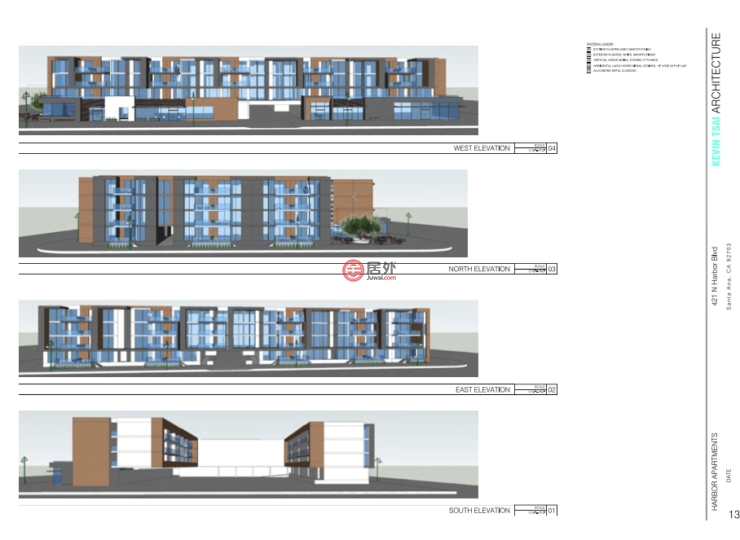