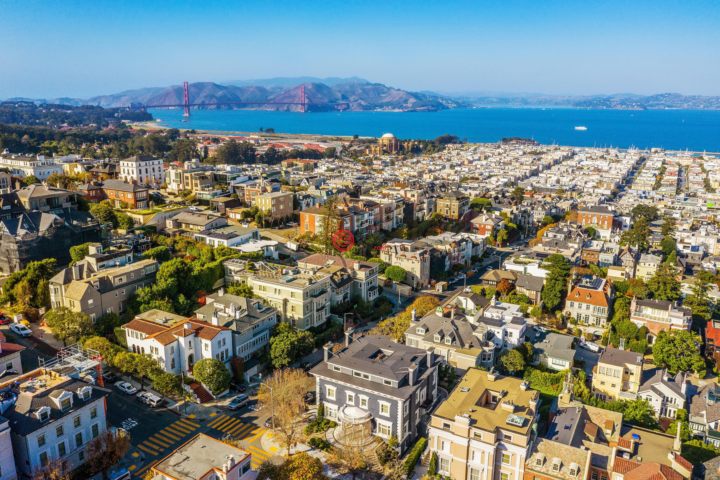 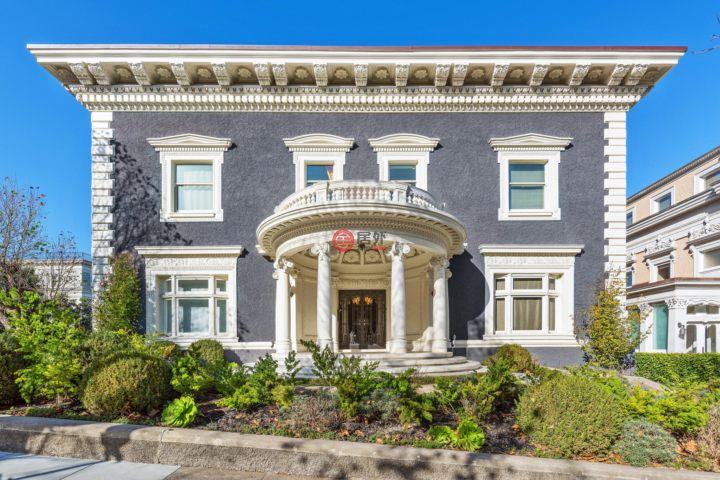 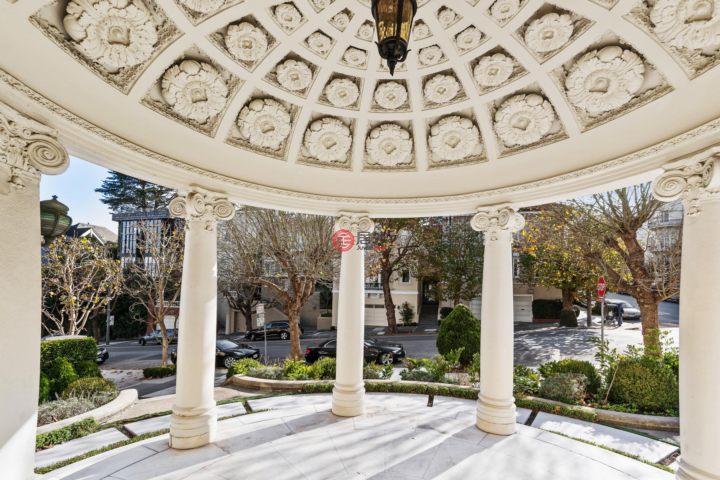 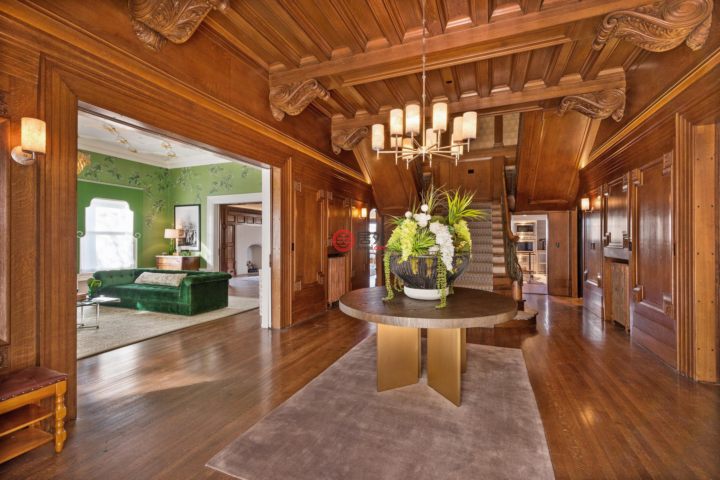 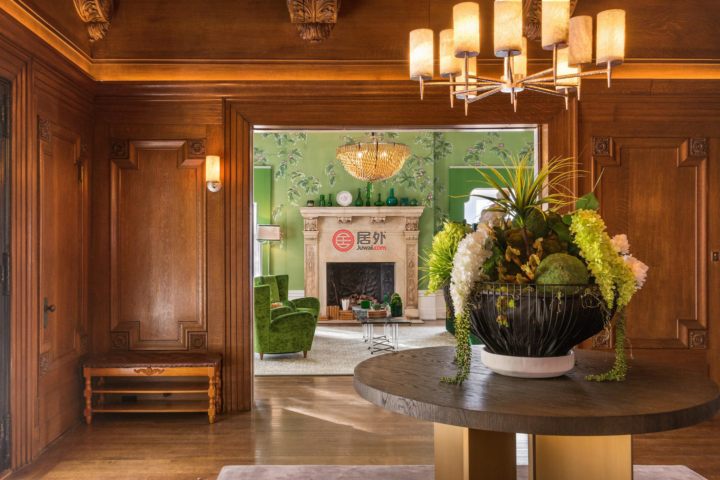 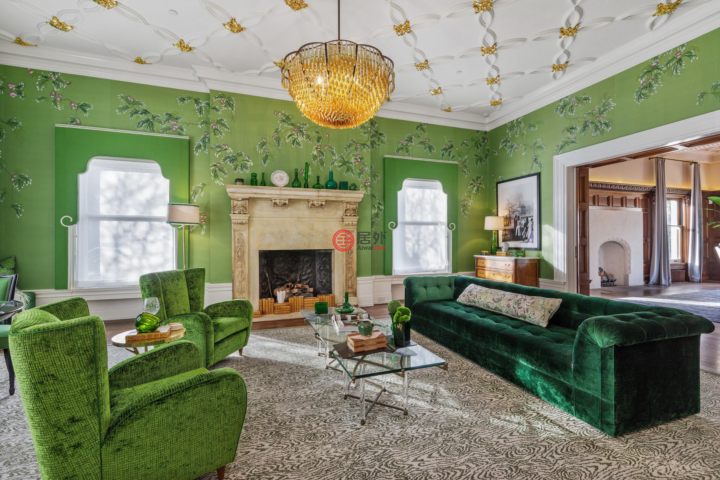 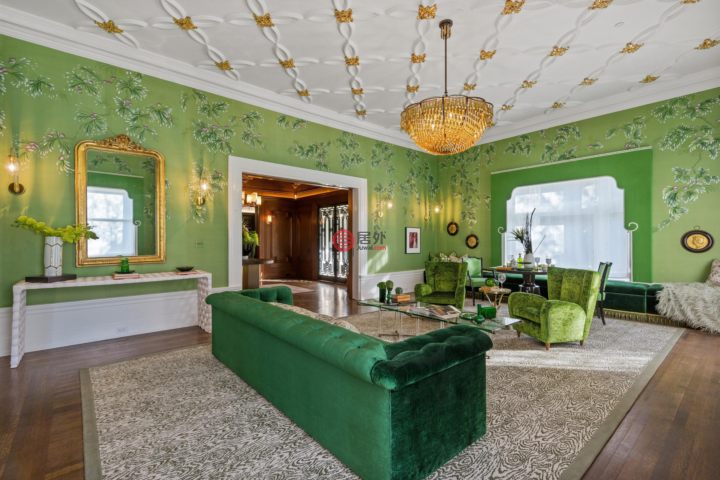 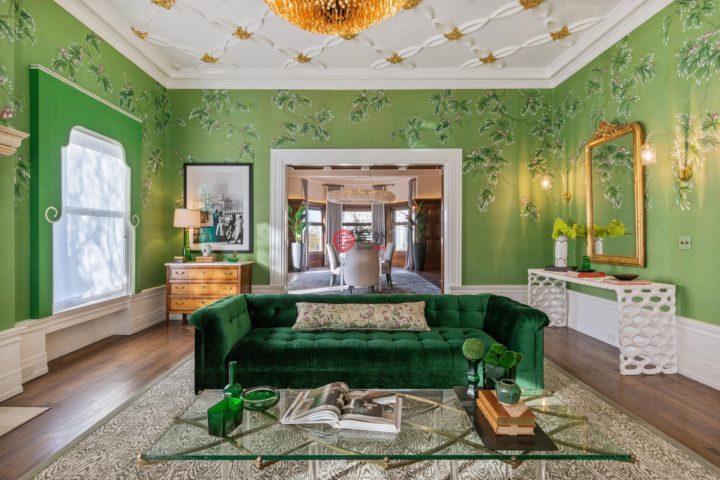 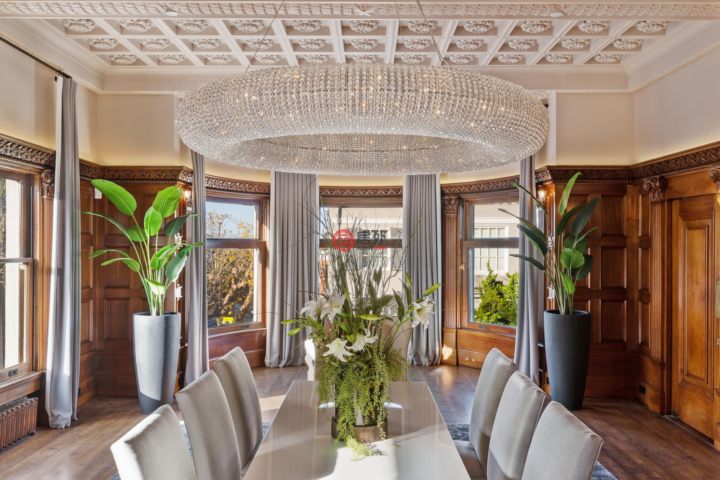 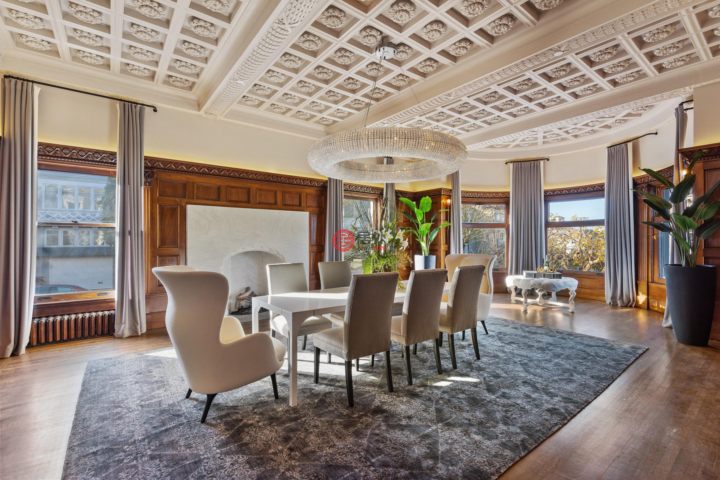 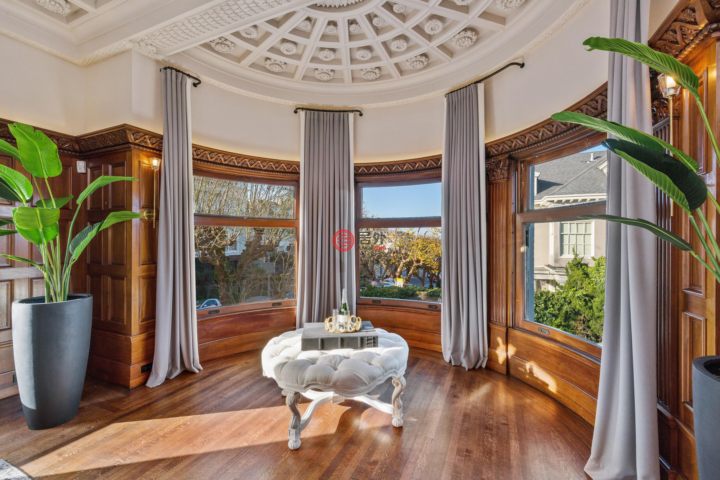 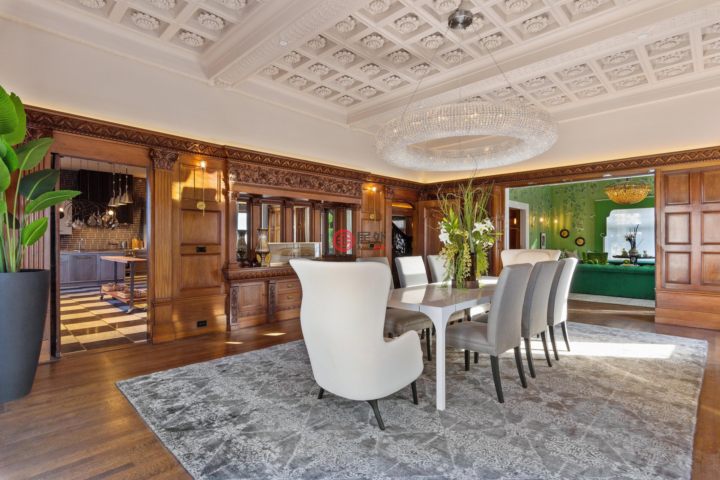 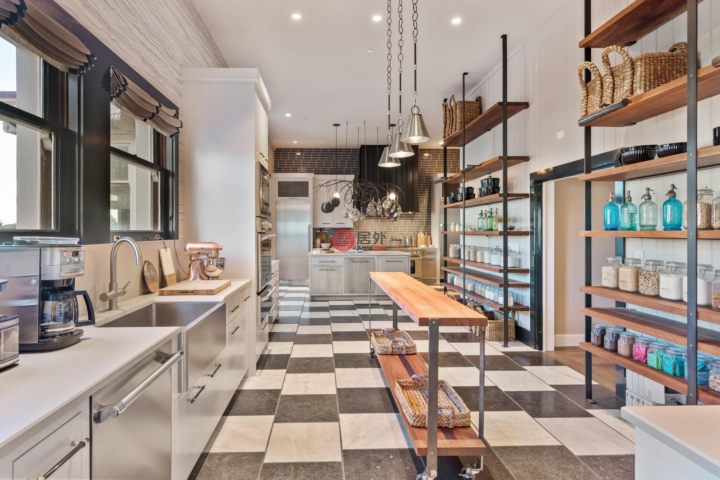 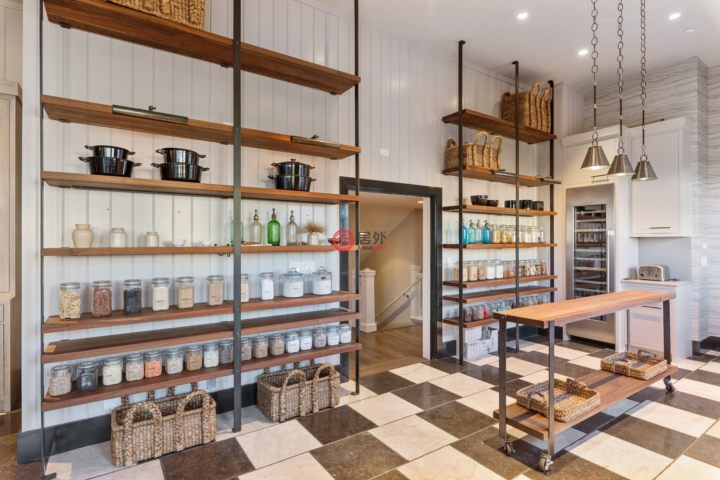 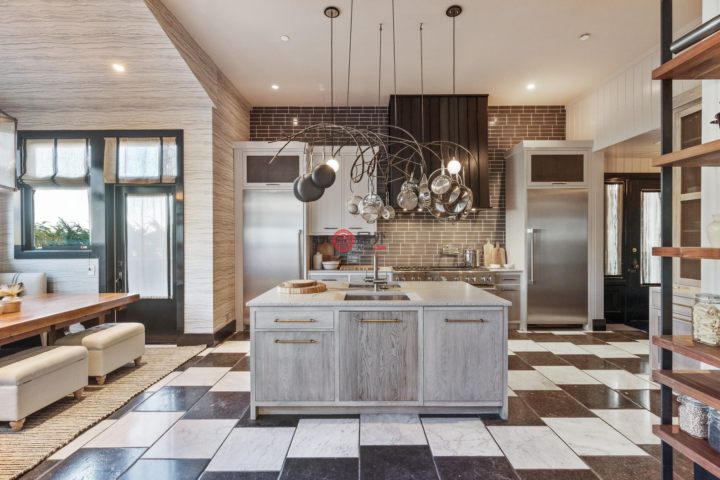 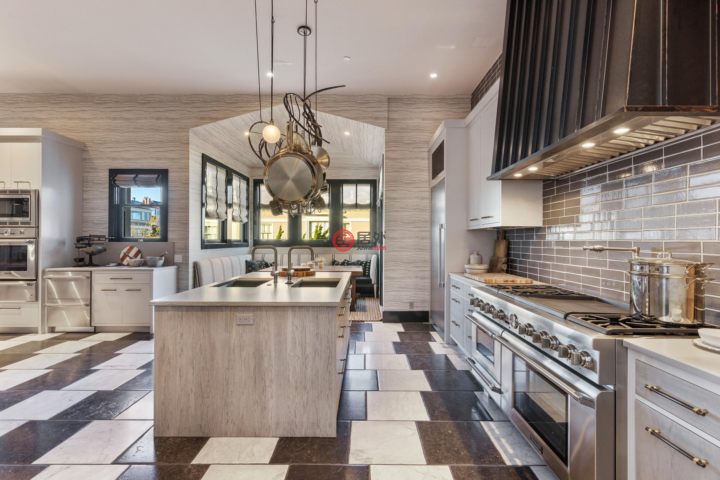 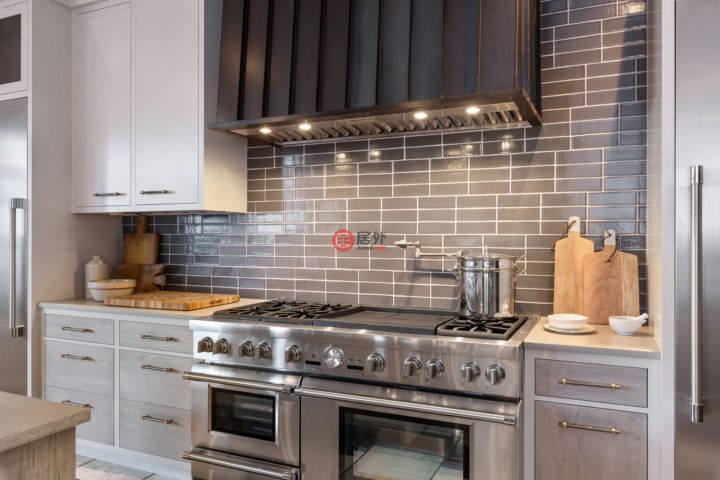 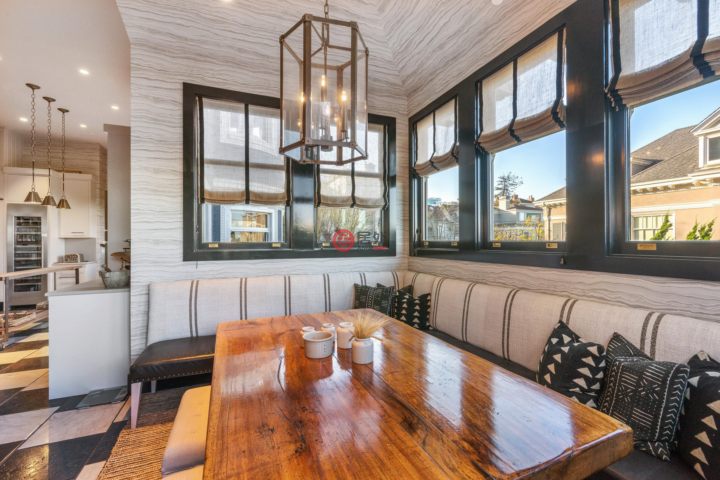 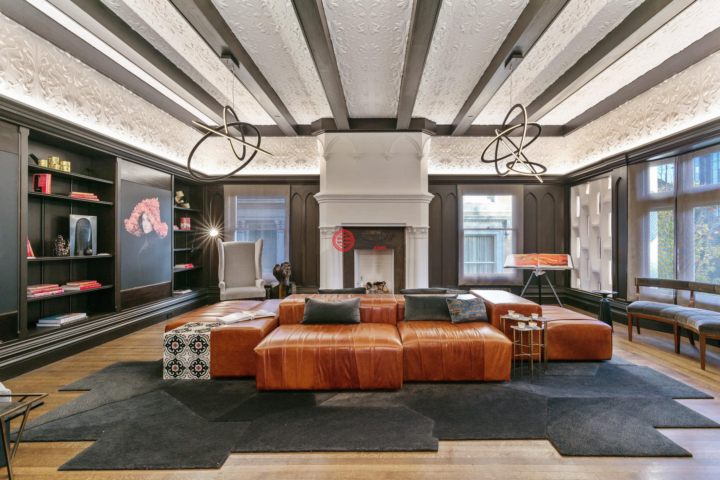 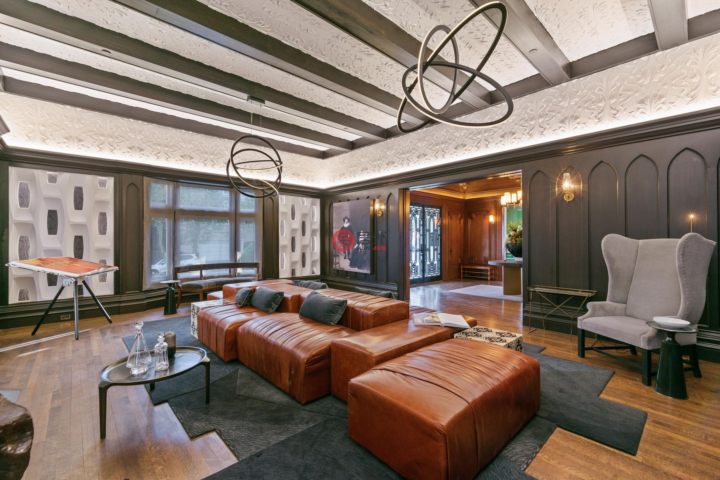 Exceptional Classical Revival Mansion in the heart of Pacific Heights.
Behold the glamorous rebirth of 2698 Pacific, the star of the San Francisco Decorator Showcase in 2017. Originally built in 1906 by the renowned father and son architect team of Newsom & Newsom, this Classic Revival Residence located on one of the premier blocks of Pacific Heights recently experienced a resurgence of glowing accolades. Twenty-eight of the best and brightest designers in San Francisco descended upon the four-story 11,000+ square foot mansion and transformed it from a stately handsome home into dazzling jaw-dropping icon. The "Mack Mansion" of yesteryear was artfully reimagined for a contemporary aesthete, while respectfully paying homage to its rich heritage. Juxtaposed with the modern designer decor, classic architectural details still abound from the grand escalier crafted in dark wood with wrought-iron balusters to the immediately recognizable circular temple-style portico white marble front entrance. This one of a kind property has only been in the hands of a few owners such as financier Julius Mack, the Orrick Family for fifty years, and a prominent orthomolecular doctor.
Perched atop a corner lot spanning nearly a fifth of an acre, 2698 Pacific boasts eight bedrooms, six bathrooms plus two half bathrooms, and sweeping panoramic views of the Bay on the penthouse level. The middle levels are drenched in natural light and exude gracious living while the ground level is perfect for staff quarters or guest suites. Rear motor-court fits seven vehicles behind a gated side driveway entrance.

Neighborhood: If you're looking for commanding views of San Francisco Bay, then Pacific Heights is your place. What you'll find is heart-stopping sunsets with neighborhood hills lifting up from the Marina stretching east and west between the Presidio and Van Ness Avenue. This is the stuff of which dreams are made. It's a picture-perfect setting, and one Hollywood chooses to highlight when depicting the world-famous hills of San Francisco. This majestic section of townhouses some of the largest homes in the city, including a wide array of Victorians, Edwardians, Mission Revival and homes in the style of French Chateaus. An affluent neighborhood, Pacific Heights is home to the consulates of Germany, Greece, Italy, Portugal, and Russia. Several elite private schools in the area were once former baronial mansions. Among these are Town School For Boys, Convent of the Sacred Heart, Stuart Hall High School, San Francisco High School, and Drew School. Folks fortunate enough to live in Pacific Heights benefit from its gorgeous parks, playgrounds, and miles of hiking, running and biking in the adjacent Presidio Park. For shopping, look no further than Fillmore Street, running north and south through this exciting part of town. Many world-class boutiques and fantastic restaurants are found along Fillmore, as well as exceptional patisseries, flower shops, and designer retail clothing.