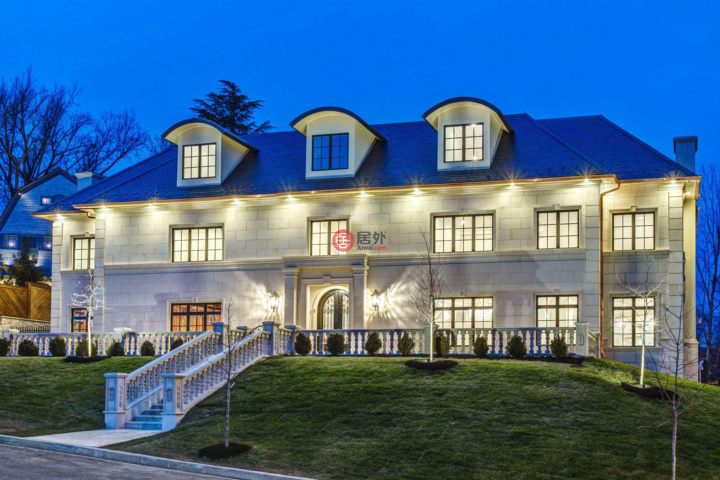 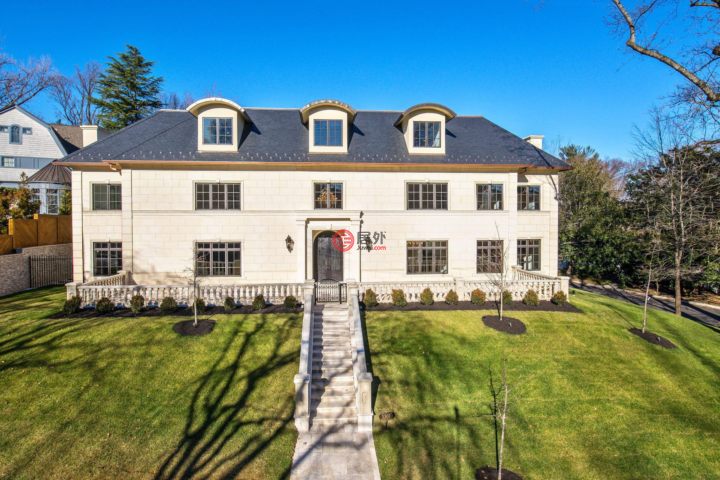 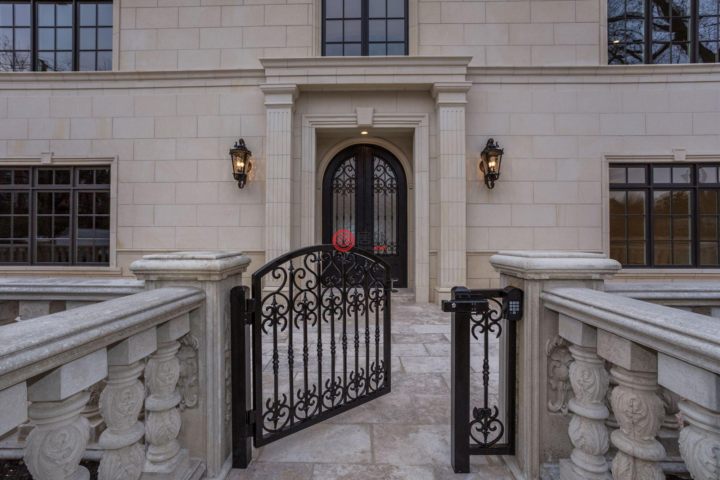 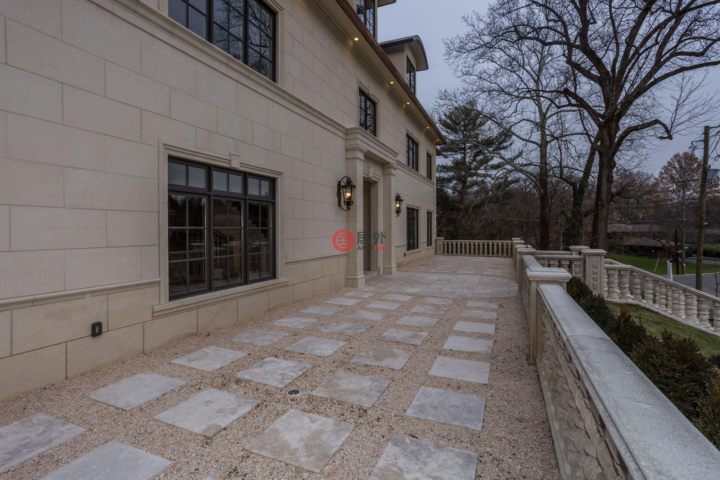 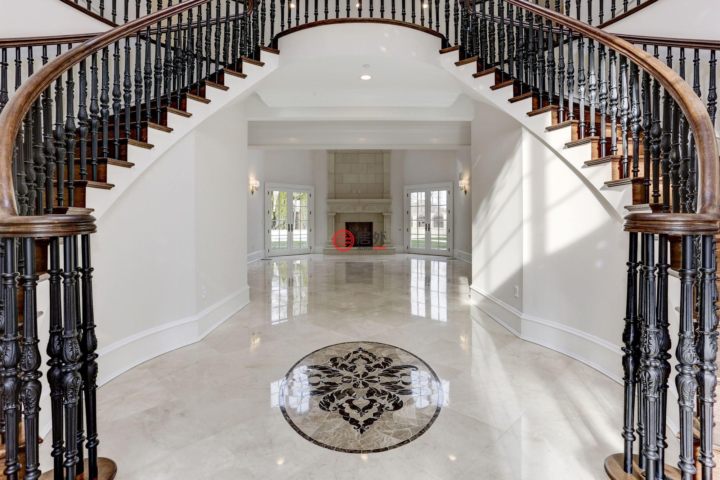 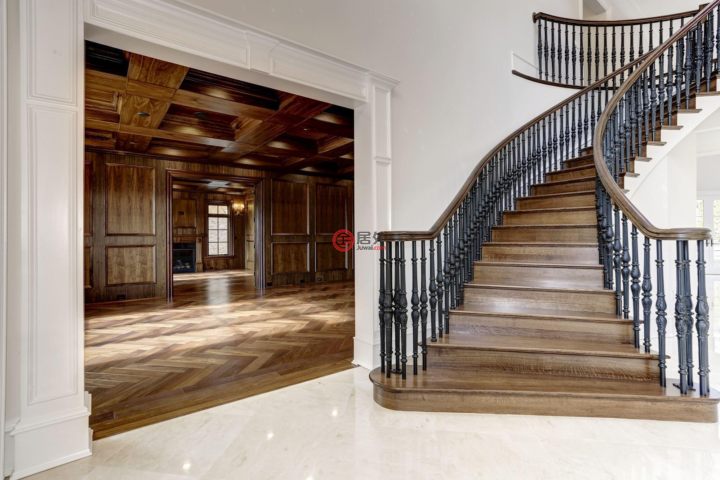 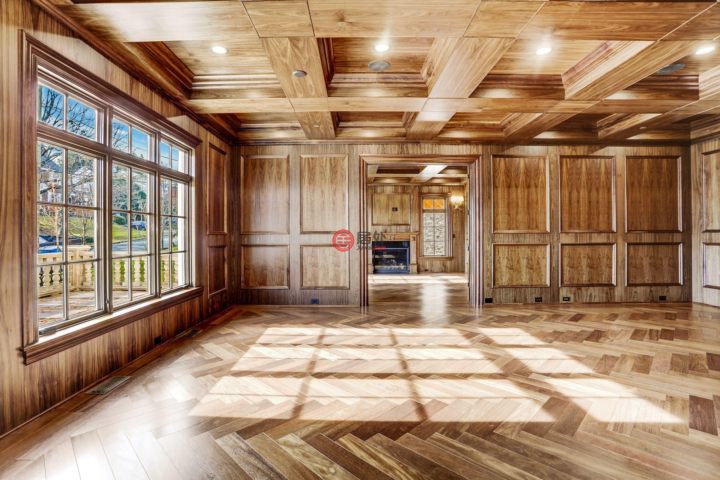 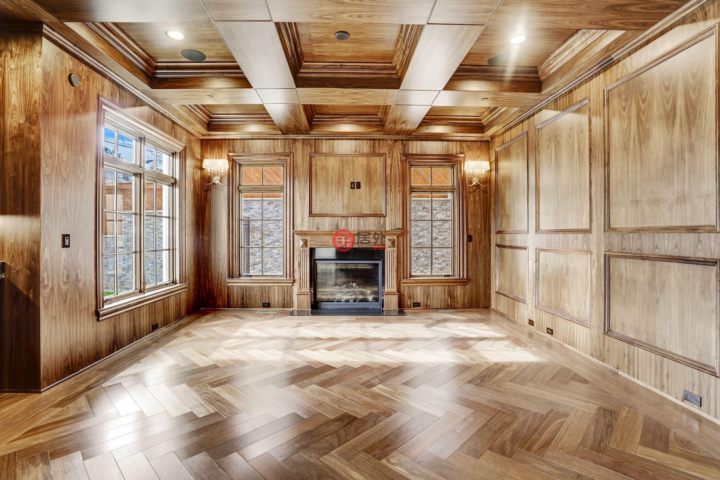 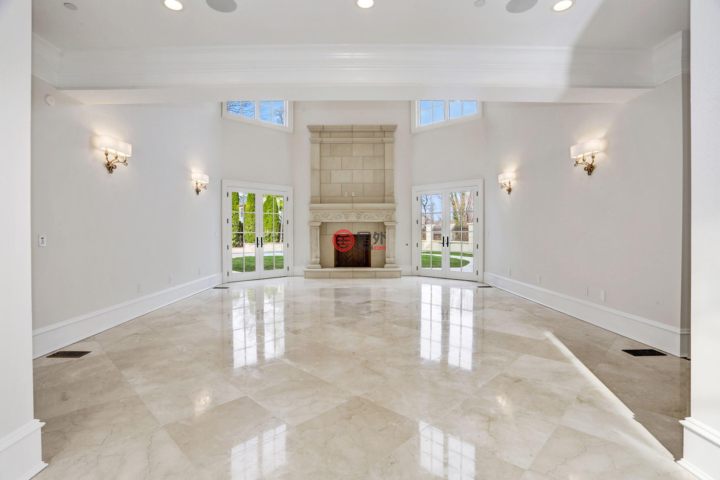 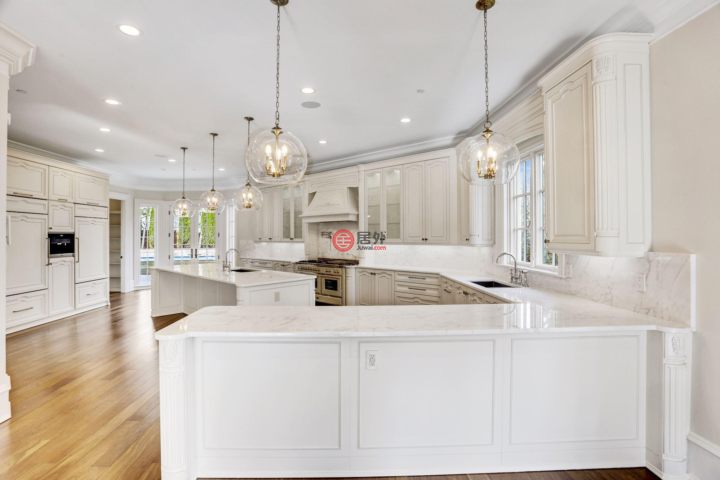 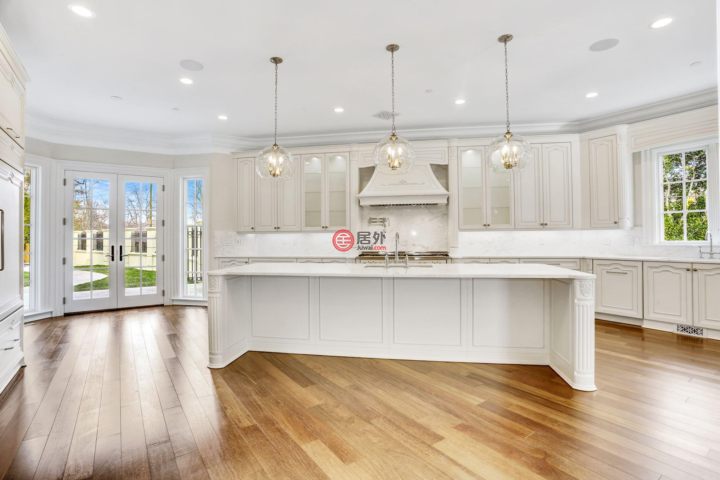 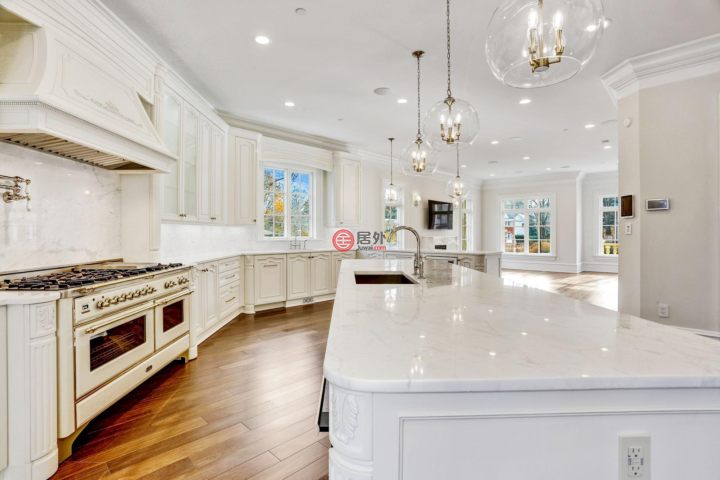 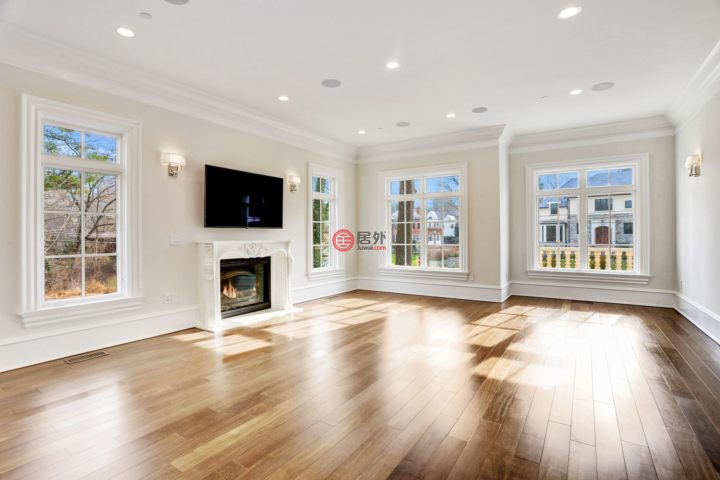 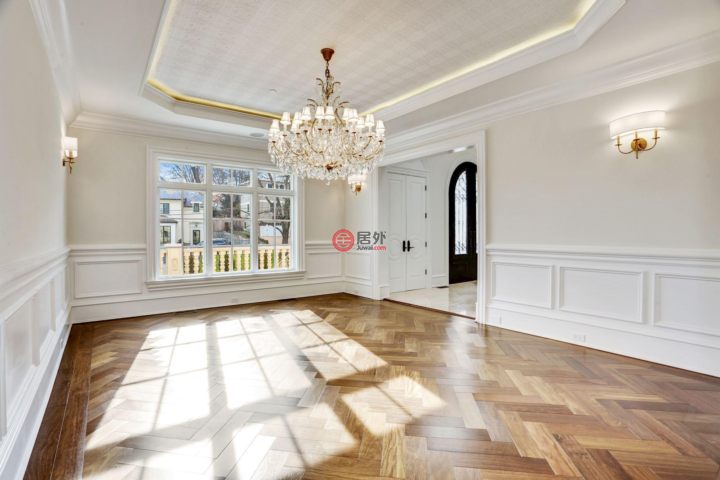 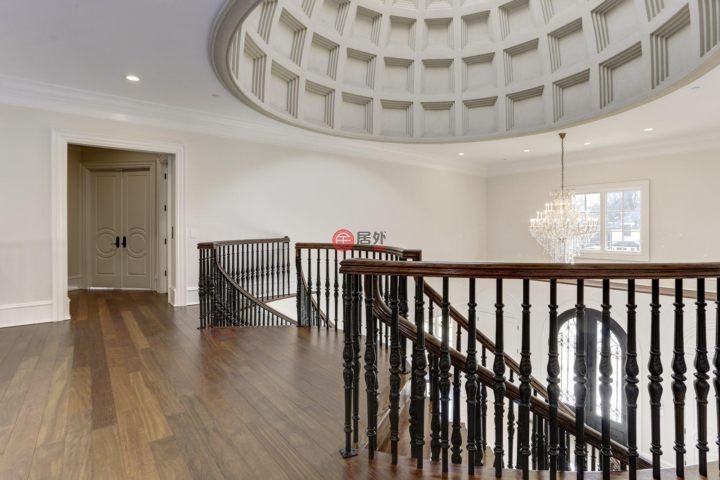 Palazzo della Felicita (Palace of Happiness) features 16,800 square feet of extraordinary living space containing eleven bedrooms, twelve full baths and five half baths. Palazzo Della Felicita boasts numerous stunning details and features a grand foyer with gorgeous custom-designed dome, sensational great room, deluxe and luxurious master suites, professional wine cellar, state-of-the-art gym, complete spa with sauna, steam and massage room, hot tub, game room, secure safe room, pet washing station, oversized in-ground garage for eight cars with security, heated swimming pool and pool house. Located in one of the most sought-after neighborhoods in Washington DC, this magnificent Forest Hills estate is only minutes to Rock Creek Park and the vibrancy of downtown DC. Limestone facade: The façade of Palazzo della Felicita has been constructed using 3 ½ inch natural limestone blocks. These limestone blocks are well balanced with limestone cornices around the main entrance. The limestone used has been imported from the Apulia region in Italy. Apulia, also known as Puglia, is one of the best-known regions in Italy for the production of this unique limestone, and has been used for centuries to build some of the most beautiful structures of the Renaissance. Nestled in the heart of Apulia is the historic town of Lecce, also known as “The Florence of the South”, because of the incredible buildings and monuments built during the Renaissance. The same limestone used in Lecce buildings has been used throughout Palazzo della Felicita Architecture: This magnificent home was designed and built in the acclaimed Palazzo style referring to an architectural design that originated in Italy at the time of the Renaissance, but has been commonly used in the 18th, 19th and early 20th centuries in Europe. The Palazzo architectural style is inspired by the Palazzi (Palaces) built by noble families of the Italian Renaissance. Early palazzi exist from the Romanesque and Gothic periods, but the definitive style dates from a period beginning in the 15th century when many noble families in Italy commissioned famous architects and artists to design their homes. The main characteristics of Palazzo architecture are symmetrical corniced facades made of natural stone blocks with a symmetrical row of windows. The facade typically emphasizes a centrally placed main entrance and incorporates quoins on the corners. The unique appearance of homes designed in palazzo style architecture is reminiscent of those found in Florence and along the Grand Canal in Venice.